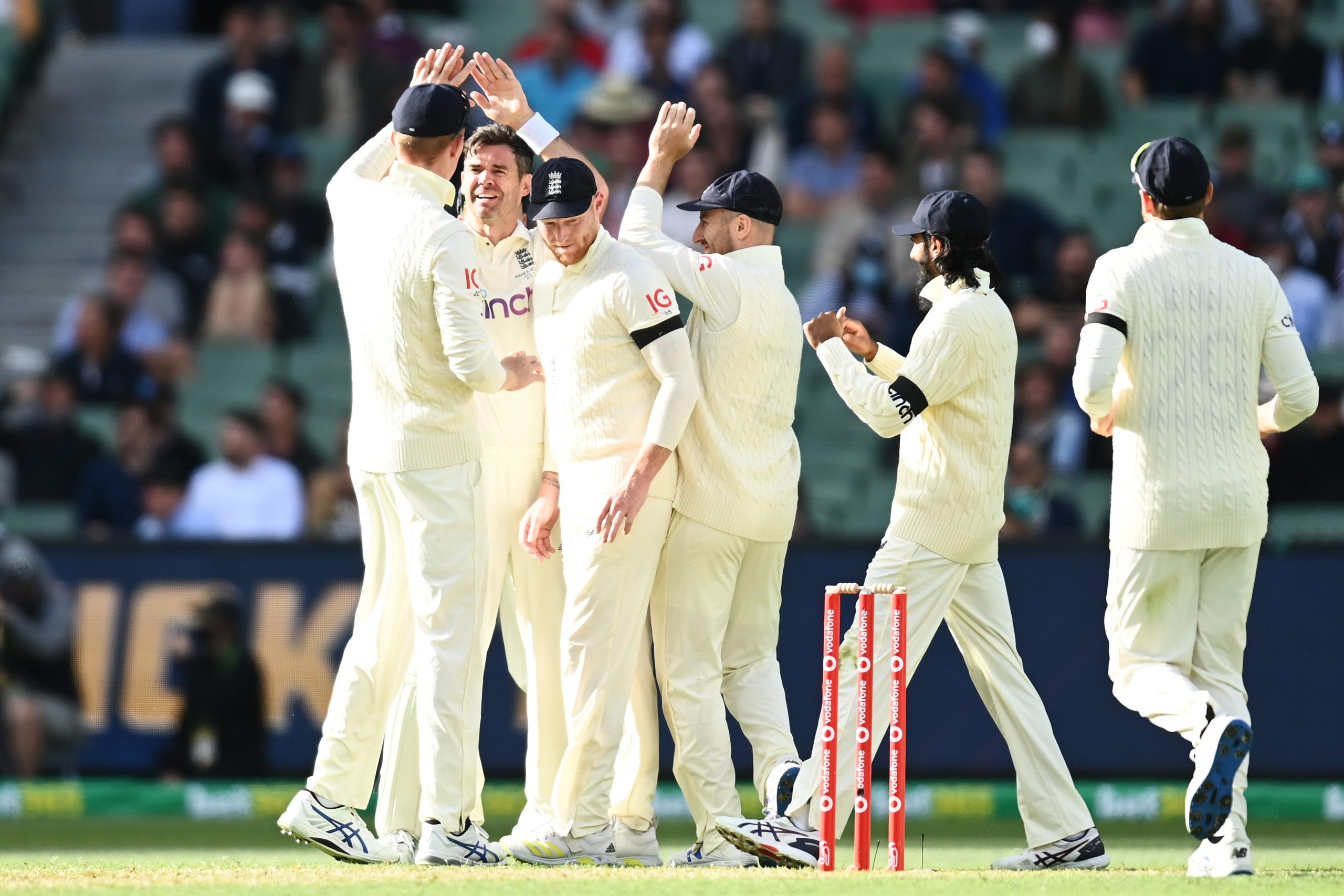 Melbourne, December 27: Mitchell Starc and Scott Boland produced an incredible spell in the final hour of play on day two in Melbourne, leaving England teetering at 31/4, still trailing by 51 runs.

There was a delayed start to proceedings in Melbourne after a COVID scare in the England camp. A statement by Cricket Australia confirmed that two members of England’s support staff and two of their family members had returned a positive COVID-19 Rapid Antigen Test. But once the contest started after a 30-minute delay, it was back to business as usual for both sides.

Nathan Lyon, the nightwatchman, played a handy knock of 10 before driving at a wide one from Ollie Robinson to edge it to Jos Buttler. Harris was looking steady at the crease and was joined by the new No.1 batter in the ICC Test rankings, Marnus Labuschagne.

Mark Wood though would have other ideas, bowling an absolute peach of a delivery to send Labuschagne back to the pavilion. Bowling short of a length, the ball just nipped away and the extra pace did the trick as Labuschagne could only edge it to Joe Root in the slips. England sensed a glimmer of hope with two early strikes.

England kept up the pressure and it would fetch them the wicket of Steve Smith. Batting on 16, Anderson bowled a ripper of a delivery to Smith which moved back in, took the inside edge and then rattled the stumps.

It was now about survival for the remainder of the session for the hosts and Harris and Travis Head did exactly that. At lunch, Australia were still trailing by 54 runs with the match in the balance.

Harris and Head would steadily counter the quality bowling from the visitors in the first thirty minutes of the second session before England struck back. Harris got to his fifty, his first of the series and third of his Test career as MCG erupted with applause for the hometown hero.

Head starting into the groove could not resist a poke against Robinson who was bowling a probing line and length. This cost him his wicket on 27 with Root again proving to be a safe pair of hands.

Anderson then showcased his complete wizardry with the ball, beautifully setting Harris up. Bowling from round the wicket, he got one to shape away from Harris late which caught the edge with Root taking the catch again. There would be no fairytale century for Harris as his knock would come to an end at 76.

Cameron Green and Alex Carey would see Australia through to tea with the lead standing at 15 runs.

The pair would fall in relatively quick succession in the final session with Green the first one to depart for 17. Leach trapped him plumb in front and the all-rounder reviewed the call unsuccessfully.

Carey would then follow for 19, attempting a wide slash against Ben Stokes with Jos Buttler gleefully accepting the gift.

Frustration would then build up in the English camp as the Australian tail started to wag. Cummins and Starc would build up a partnership of 34 runs with the Australian lead piling up. Cummins would finally fall for 21 with Anderson scalping his fourth.

The pair of Starc and Boland would add another 14 runs before Wood finally took the last wicket with Australia’s lead at 82.

It would be a tricky proposition for the English batters to survive the final hour of play against a charged-up Australian bowling unit. After some near misses and close calls, Starc finally got the wicket which seemed inevitable. He got the ball to move sharply away from Zak Crawley who could only get a thick edge onto it. He was gone for 5.

Starc then trapped Malan in front of the stumps which was given out by the on-field umpire. Malan unsuccessfully reviewed the call and was gone for a duck. Starc almost got the hat-trick bowling a peach of a delivery which shaped away to Root who managed to survive.

After looking tetchy at the crease, Haseeb Hameed would walk back as a change of bowling did the trick. Bowled on a good length, the delivery nipped off the seam and took a faint edge off Hameed’s bat. Hameed had to walk back for 7. Boland’s incredible over would continue as he bowled nightwatchman Jack Leach for a duck, leaving the visitors in complete disarray.

Root and Ben Stokes would somehow manage to survive the final over by Cummins but the tide of the match had well and truly turned. England will now have a mountain to climb on day three with four wickets already back in the hut and still trailing by 51 runs.