The match was played between Gazi Cricket Club and Monchawa Stars.

Gazi Cricket Club won the toss they elected to bat first. They posted a total of 154 runs on board.
Manzoor and Mudasir Rinku was the top scorer with 64 and 49 runs while as shabir Ali took three wickets.

In reply Monchawa Stars chased target in 19 overs for the loss of four wickets.
Shabir Ali was the top scorer with 54 runs.

Shabir Ali for his 54 runs and taking three wickets was awarded man of the match. 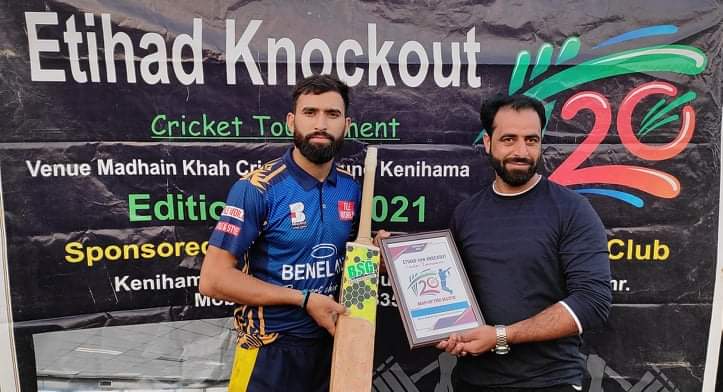