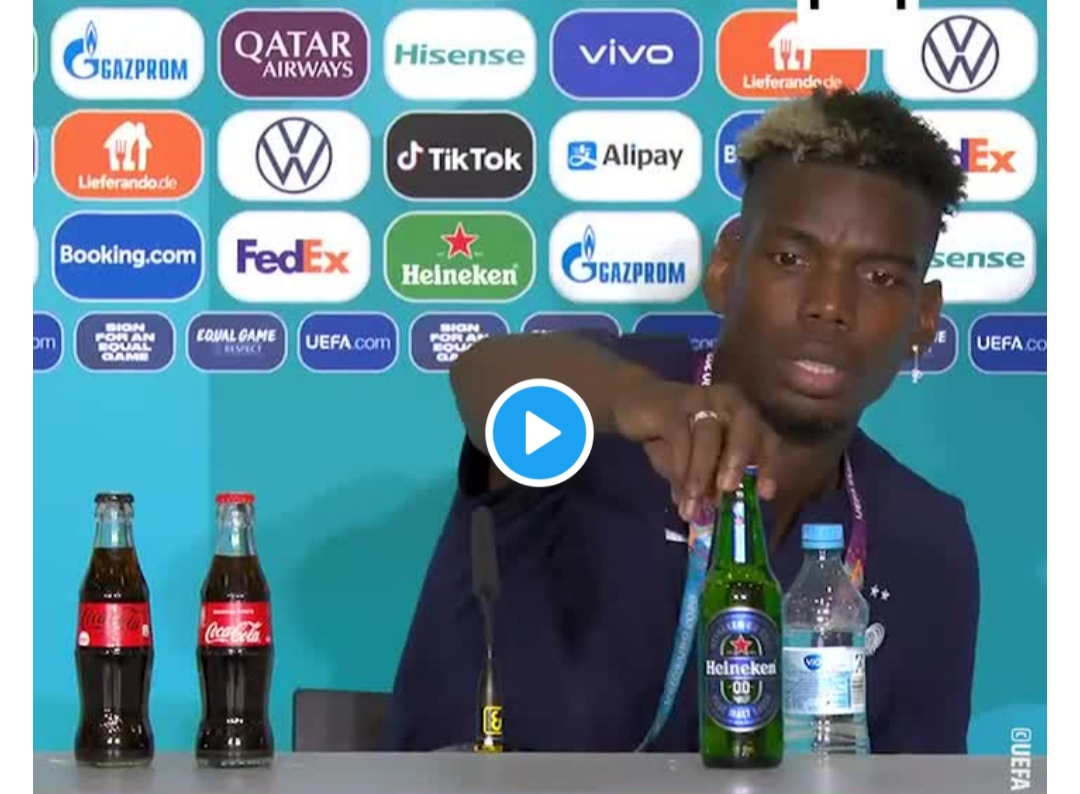 Pogba, who is practising Muslim , wasn’t pleased with the sight of the Heineken beer bottle kept in front of him and immediately removed it from there.

Pogba’s actions came a day after Ronaldo’s similar response to Coca-Cola bottles. Ronaldo, who arrived at the pre-match presser ahead of his side’s first game against Hungary along , spotted two Coca-Cola bottles kept in front of him and immediately removed them from his and camera’s sight and instead asked everyone to drink water.

Pogba isn’t the first Muslim sportsperson to showcase their reluctance to be associated with anything liquor or alcoholic.

Even cricketers like Moeen Ali and Adil Rashid were seen getting away from England team celebrating with champagne during World Cup 2019 winning celebrations .

There are number of Muslim stars who didn’t endorse alcoholic products and have shown thier reservations on thier logos.