Dubai, 29 June: Euronews, one of the world’s leading new platforms, has hailed Dubai’s leadership and Dubai Sports Council for their “active approach to fitness” through the pandemic.

Describing Dubai as one of the fittest cities in the world, Euronews featured Dubai’s sports and fitness industry in their latest edition of Focus – a program that focuses on an event or current affairs issue and puts it in the spotlight for in-depth analysis.

The show featured His Excellency Saeed Hareb, Secretary General of Dubai Sports Council, who spoke about the role played the country’s leadership in the promotion of sports and in turning Dubai into one of the most physically active places on the planet.

HE Saeed Hareb also talked about Dubai’s annual calendar of more than 400-plus sports events, which take place on land, sea, air and the mountains, and try to involve and encourage every segment of the community – including women and children, People of Determination, and even prison inmates – to embrace a physically active lifestyle.

Last year, within days of the lockdown announced by the authorities, Dubai Sports Council launched the ‘Be Fit, Be Safe’ initiative, which not only encouraged members of the community to stay physically active through the lockdown, but also showed them how to do it, by being innovative and using means available at home.

The Council linked up with some of the leading brands from UAE’s fitness industry to offer free daily virtual fitness classes, led by certified fitness trainers. They also organised a number of unique virtual competitions that had never been organised before – like the Marathon at Home, and the cycling Virtual Tour Challenge, with different stages every day.

Later, guided by Dubai’s Supreme Committee of Crisis and Disaster Management and other relevant authorities, the Council reopened Dubai’s sports sector in a staggered manner, adopting and enforcing gold standard protocols for the protection of the sports community.

Those measures earned the trust of the international sports community and Dubai hosted a number of top international sports events in the second half of 2020 like the star-studded Indian Premier League cricket competition, two European Tour golf tournaments, including the season-ending DP World Tour Championship, and the Dubai International Sports Conference with superstars like Cristiano Ronaldo, Robert Lewandowski, Iker Casillas and Gerard Pique being present in person, alongside football’s biggest stakeholders and decision makers, including FIFA president Gianni Infantino. 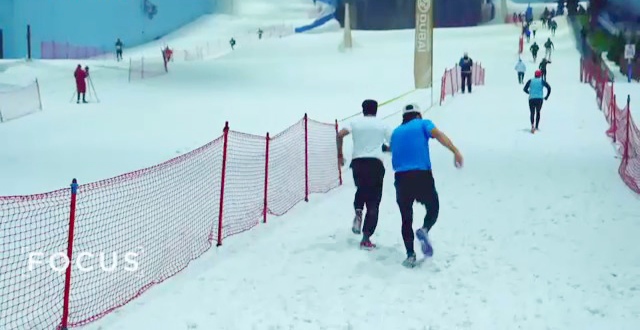