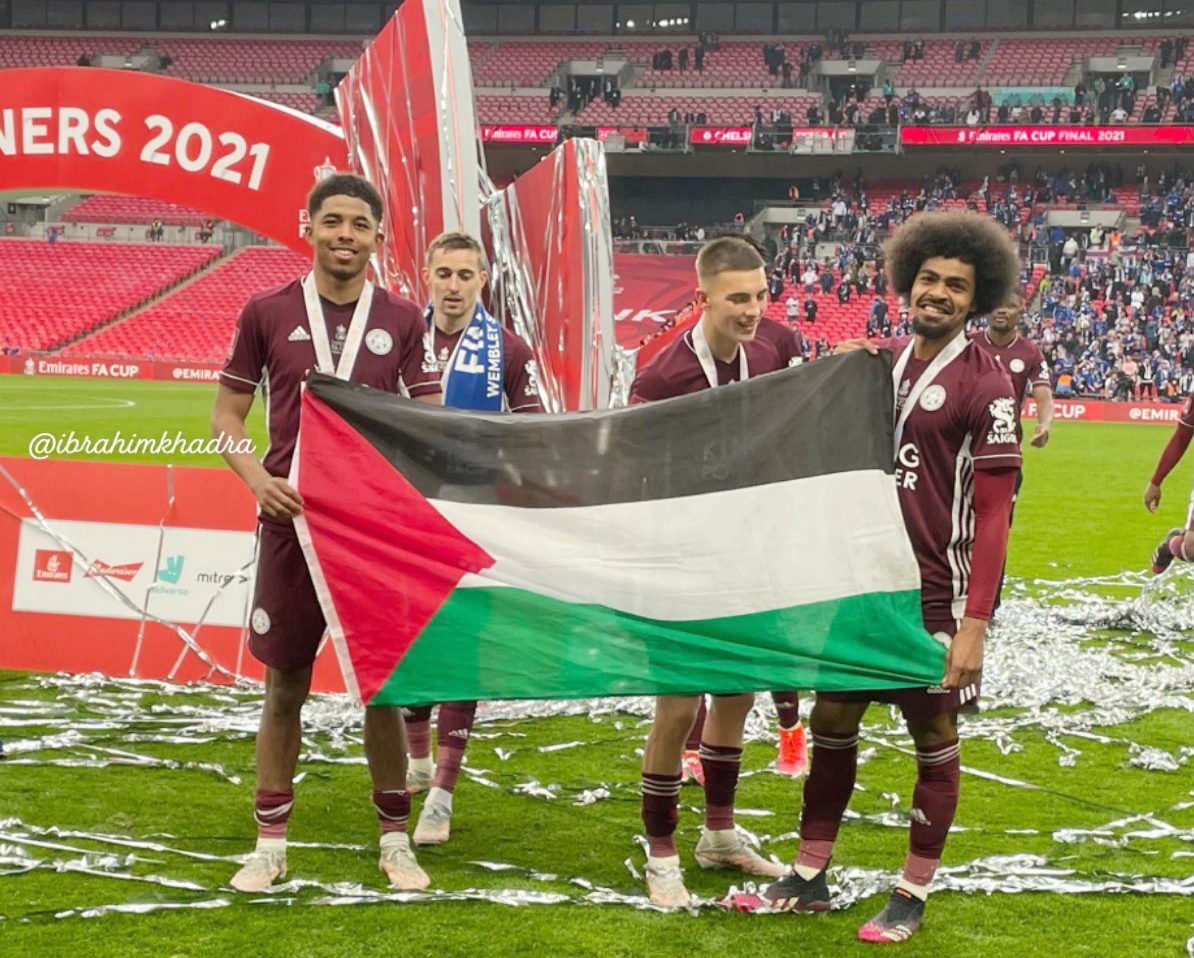 Srinagar, May 1: Soon after Leicester City won its first ever FA Cup , its player duo Hamza Choudhury and Wesley Fofana waved Palestine flag in solidarity with the people of Palestine who are caught in deadly conflict with Israel .

Leicester City won its first ever FA Cup, beating Chelsea 1-0 in final thanks to brilliant long-range strike from Youri Tielemans.

During the post-match celebrations as Leicester City players did their lap of honour, Choudhury and Fofana were pictured holding a Palestine flag.

English midfielder Choudhury then draped the flag over his shoulders as he went to pick up his winner medal, before teammates Kasper Schmeichel and Wesley Fofana lifted the trophy.

It was an act of solidarity by the pair with Palestinian people who are caught in the middle of the ongoing conflict with Israel.

At least 126 people have been killed in Gaza including 31 children and 20 women. While at least eight have died in Israel including a six-year-old boy and a soldier.

The City duo aren’t first footballers to show solidarity with Palestine , likes of Mesut Ozil, Mohammad Salah, Paul Pogba, Mohammed Elneny, Riyad Mahrez are amoung others who have raised thier voices .