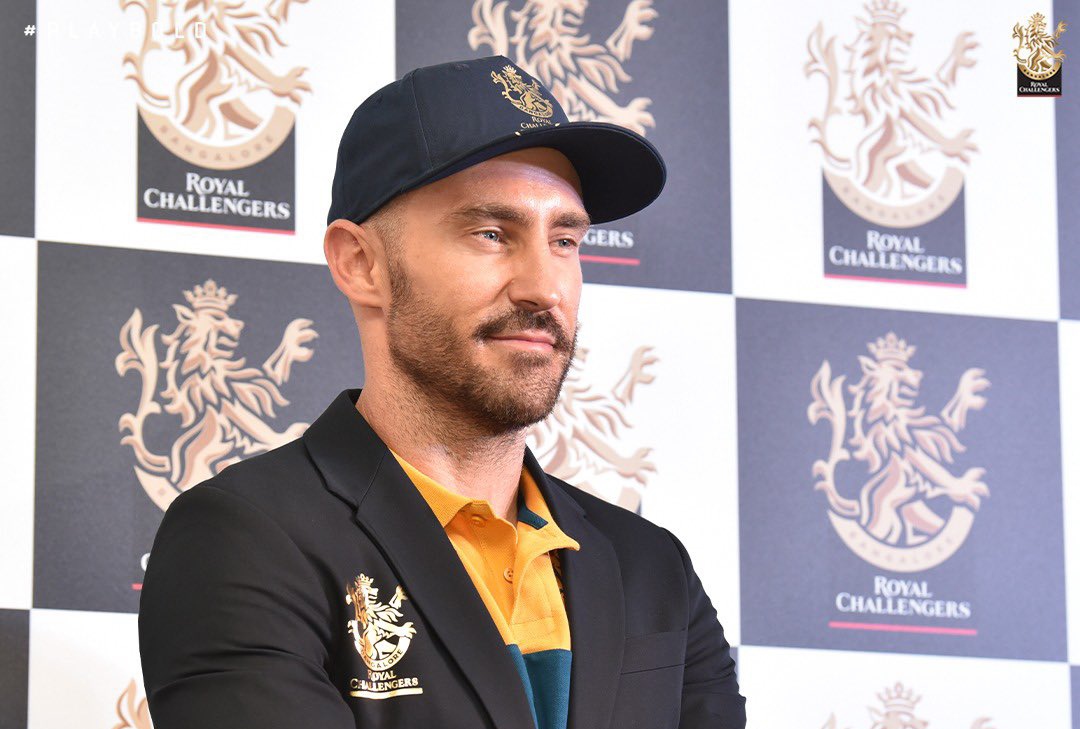 RCB revealed this on Saturday during the RCB Unbox event in Bengaluru.

Du Plessis, who until last year represented Chennai Super Kings, was picked up by RCB for ₹7 crore at the IPL mega auction last month.

“I have played a lot of IPL cricket and I understand the tournament. I would rely heavily on the domestic experience and also the international players. We have got one of the great leaders in the game, Virat”.

“It’s a huge honour and privilege for me to come across to a big franchise. It was beautiful watching all the memories. Really inspired me and got me excited for the season ahead. Thank you very much guys for putting trust in me. I am very excited and I hope we can put up some great performances for the fans,” said Faf.

Du Plessis led South Africa in 115 Internationals out of which the Country emerged victorious 81 times. South Africa won 25 of the 40 T20Is played under Faf du Plessis.