KARACHI: Pakistan’s rising batting star Fakhar Zaman paid a visit to the man who nurtured his cricketing career when the left-hander played club cricket in the city. 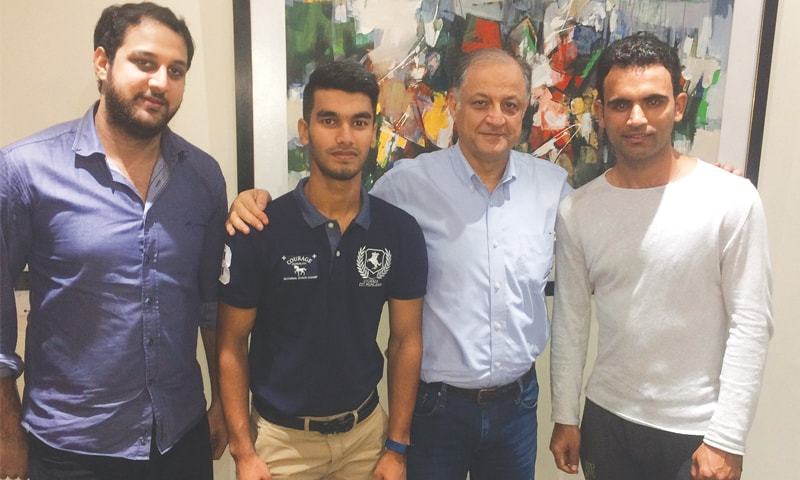 Fakhar, who struck a memorable 114 in the final of the ICC Champions Trophy against India at London’s The Oval ground on June 18 and was declared the man-of-the-match, turned up at the office of prominent cricket organizer Nadeem Omar, the owner of two-time Pakistan Super League runners-up Quetta Gladiators, on Thursday to offer his gratitude.

Fakhar, who now resides in Mardan, first started playing the sport here in Karachi and was spotted by Nadeem who is also the president of Pakistan Cricket Club which has been the breeding ground of many cricketers who have gone onto represent Pakistan.

Fakhar, who was accompanied by Pakistan Cricket Club secretary Azam Khan and ex-Pakistan Under-19 player Hassaan Khan who played for Quetta Gladiators in the this year’s PSL, profusely thanked Nadeem for launching his career and supporting him in difficult times. He considered Nadeem as his mentor.

Nadeem praised Fakhar for playing a leading role in Pakistan’s great victory at the ICC Champions Trophy and wished the 27-year-old opener best of luck for the future, while hoping he would further glory for the country.