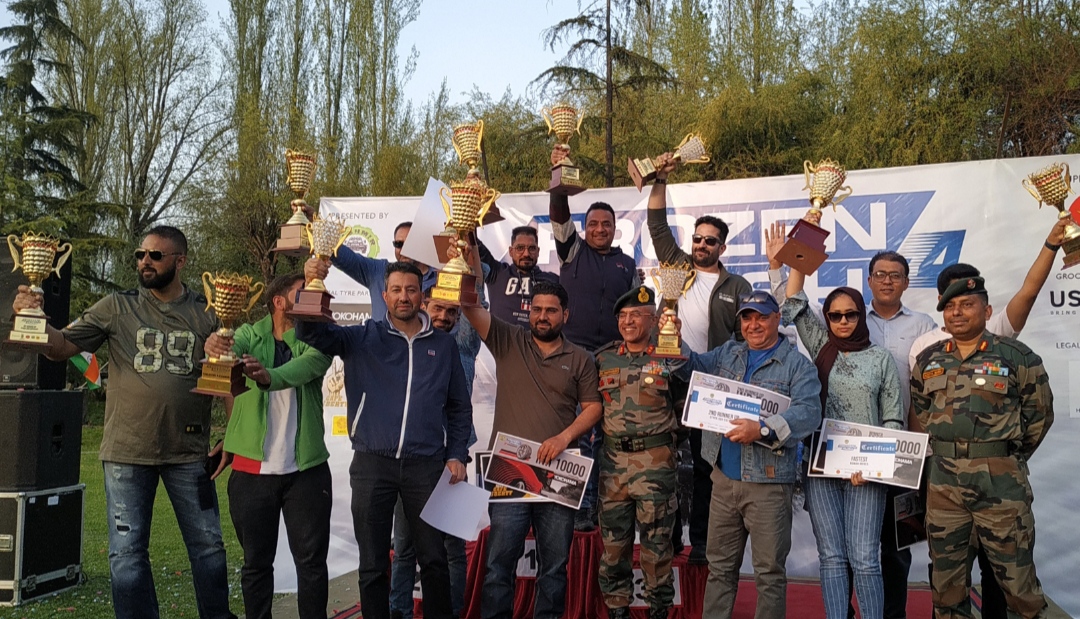 Srinagar, March 28: The fourth Edition of Frozen Rush conducted by Kashmir Off Road concluded at Sonamarg on Monday.

The event concluded with prize ceremony held at SKICC Srinagar.

“We finally did it, after the break of two years with exceptional aplomb and much excitement. As it was just a day’s race we maintained limited participation. There were total 50 races in several different categories” Said- Mr. Ali Sajid (founder of Kashmir Off Road .

As promised, Kashmir Off Road put on one absolutely, ‘high on adrenaline’ show with all the trained drivers as participants. The makeshift race track consisted of tricky turns, large bowl dips, huge elevation changes and downright gnarly jumps. All the drivers battled it out for bragging rights to prove who the best driver was, Kashmir Off Road statement said.

“Whattay roaring event! I am over the moon. I am super excited for having a youngest female driver, Monisa Muneer (19 yrs), she clocked 9th fastest position. Then undoubtedly, our one hand king, Sayer Abdullah (24 years old right hand amputee), it was a delight to watch them compete neck to neck amongst all others.”- said Farah Zaidi (Dir PR/co-founder Kashmir Off Road)