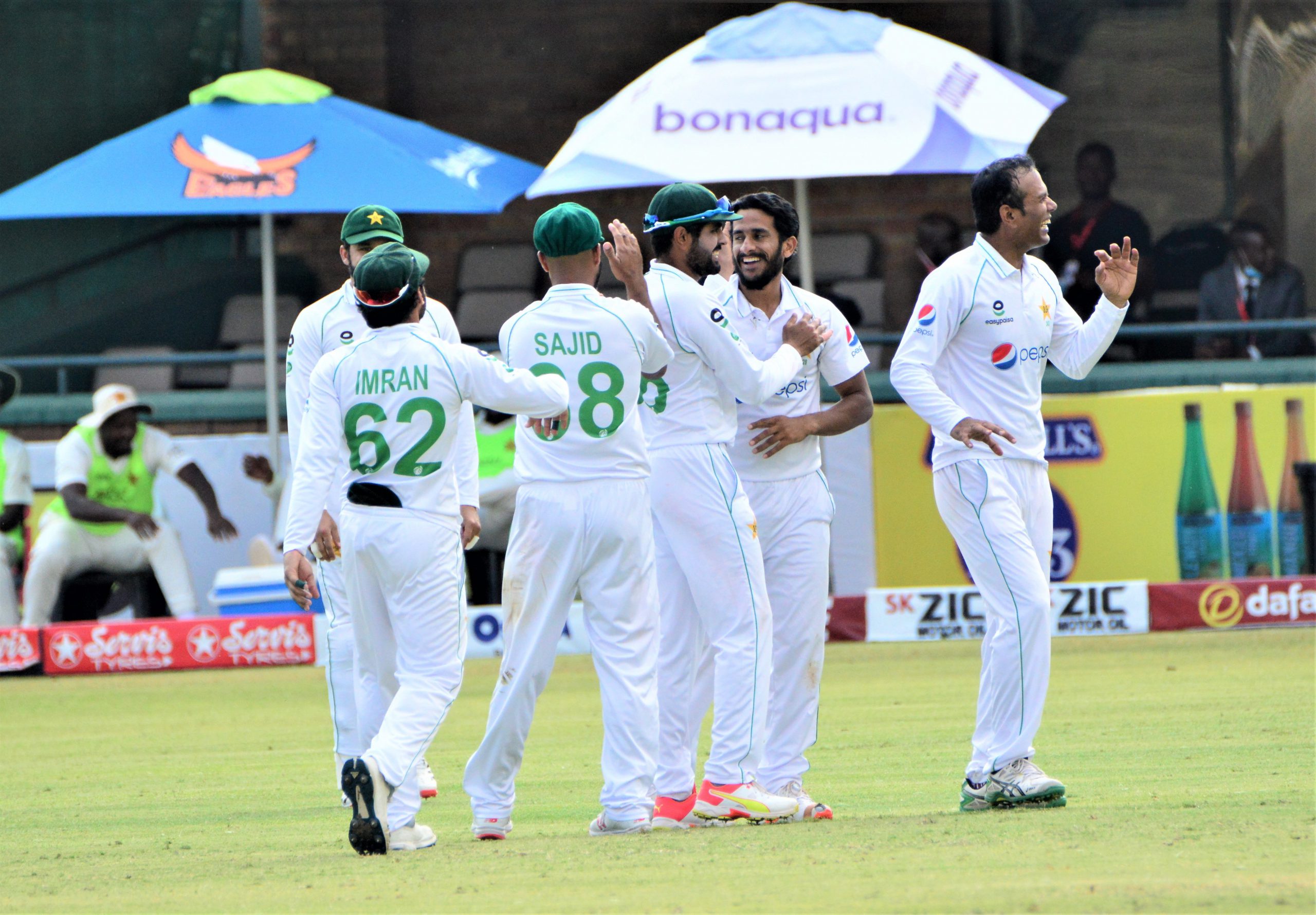 Harare, May 1: Pakistan registered their 11th victory over Zimbabwe in 18th meeting but first by an innings margin as the visitors wrapped up the first Test in Harare with more than two day’s spare.

Zimbabwe, trailing by 250 runs on first innings, were bowled out for 134 in less than 47 overs with Prince Masvaurve unable to bat because of an injured arm. The home side lost their last seven wickets for 42 runs as Pakistan won by an innings and 116 runs.

Hasan Ali followed his first innings figures of four for 53 with a career-best five for 36 in his 12th Test to earn the player of the match award. When he took his third wicket, he became the 12th quickest Pakistan bowler to reach 50 Test wickets. Others are: Yasir Shah (nine Tests), Waqar Younis, Shabbir Ahmed, Mohammad Asif, Mohammad Abbas (all in 10 Tests), Khan Mohammad, Saeed Ajmal, Abdul Rehman (all in 11 Tests) and Pervez Sajjad, Danish Kaneria and Umar Gul (all in 12 Tests).

Hasan was also involved in the dismissal of Brendan Taylor when he smartly caught the Zimbabwe captain off left-arm spinner Nauman Ali (two for 27) that sparked a celebration.

Hasan (21) had earlier started the third day’s play with Fawad Alam (108) as Pakistan resumed the first innings at 374 for six. The visitors were dismissed for before lunch after scoring 426 runs.

Hasan was the first to be dismissed after scoring 30 and was immediately followed by Nauman Ali as Pakistan slipped from 395 for six to 395 for eight, which soon became 412 for nine with the fall of Sajid Khan.

Fawad Alam was the last batsman out after scoring a brilliant 140. He was the fourth victim of Blessing Muzarabani who finished with figures of four for 73.

Fawad Alam struck 20 fours in nearly a five hours vigil during which he faced 204 balls.

The second Test will commence on 7 May. (Courtesy PCB)