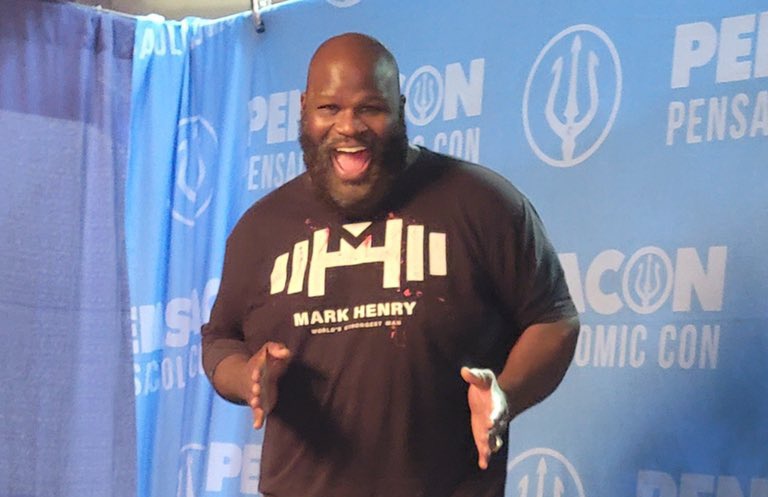 Srinagar, May 29: If you are looking for motivation to transform yourself and make yourself a fitness freak , you dont have to look far for that, as WWE Legend Mark Henry shows off his incredible transformation

Mark has achieved a lot more in his career than most aspiring superstars could ever dream of. Now, his complete body transformation has been added to his list of achievements which has taken fans by surprise.
This was revealed by Henry on Booker T’s Hall of Fame podcast where he made an appearance last month.

The WWE legend had debuted for the company in 1996 and had enjoyed an almost 25-year association with it and now with his return, it seems that he wishes to finish his career in a WWE ring.

On the podcast, The Texas native had revealed some details surrounding his inevitable return. He said that he has been training and has already lost “80 pounds”.

He still has to reduce 20 more pounds in order to achieve his target. He said that a lot of youngsters haven’t seen him in action and he wishes to have a last match before he retires. On his return, he is quite sure that only a good wrestler will be able to beat him. He, however, admitted that age impacts the performance of a player. He did not divulge any details regarding his first match on return.

He recently also shared a picture of himself on Twitter where he excitedly wrote that he has just “20 pounds” to lose now.

When the 49-year-old was associated with WWE, he had won several titles, including European and ECW champion, but his greatest triumph came in 2011 when he defeated Randy Orton at Night of Champions and won the WWE World Heavyweight Championship.

In 2018, World’s Strongest Man was also acknowledged for his many contributions to WWE and he was inducted into the Hall of Fame.