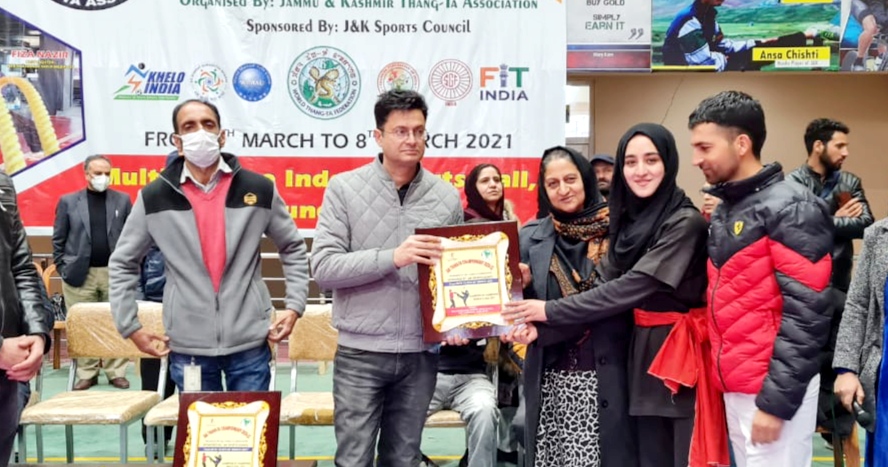 472 players and 54 officials was participated in the championship. The championship was Organized by J&K Thang-Ta Association and was sponsored by J&K Sports Council.

Fiza Nazir and Mujahid Mushtaq were declared as champion of Champions in Woman’s and and Men section respectively.

Director Handicarfts and Handloom Mahmood Ahmad Shah was cheif guest on the occasion while as Nuzhat Ara Divisional Sports Officer, Kashmir was Guest of honour and they distributed prizes among winners.