Sopore, August 23: After a sparkling show at Andergam, all-rounder Lone Momin bagged his second consecutive man of the match of the day in the Valley Cup at Panzipora on Monday.

Playing for WSA, Momin scored a cameo of 33 runs, helping his team post a decent total of 161 runs against United Ladoora. He was well-supported by Fridous who struck 25.

In reply, Ladoora was constantly troubled by WSA bowling duo of Momin and Nasir. The two shared 7 wickets amongst themselves with Nasir picking 4 and Momin 3. They ensured WSA return home with a win.

With this victory, they qualified for the quarter-finals of the tournament. 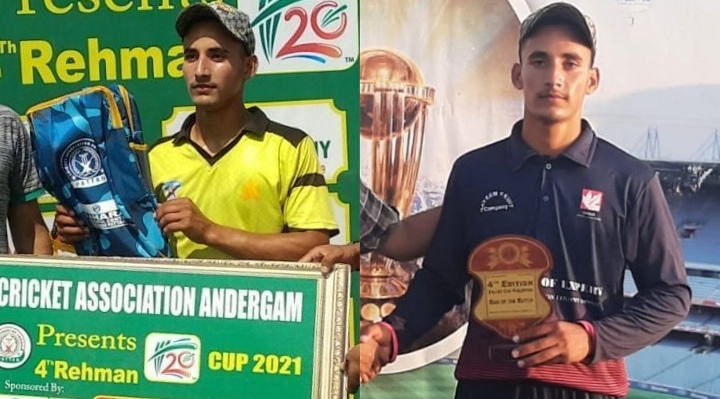