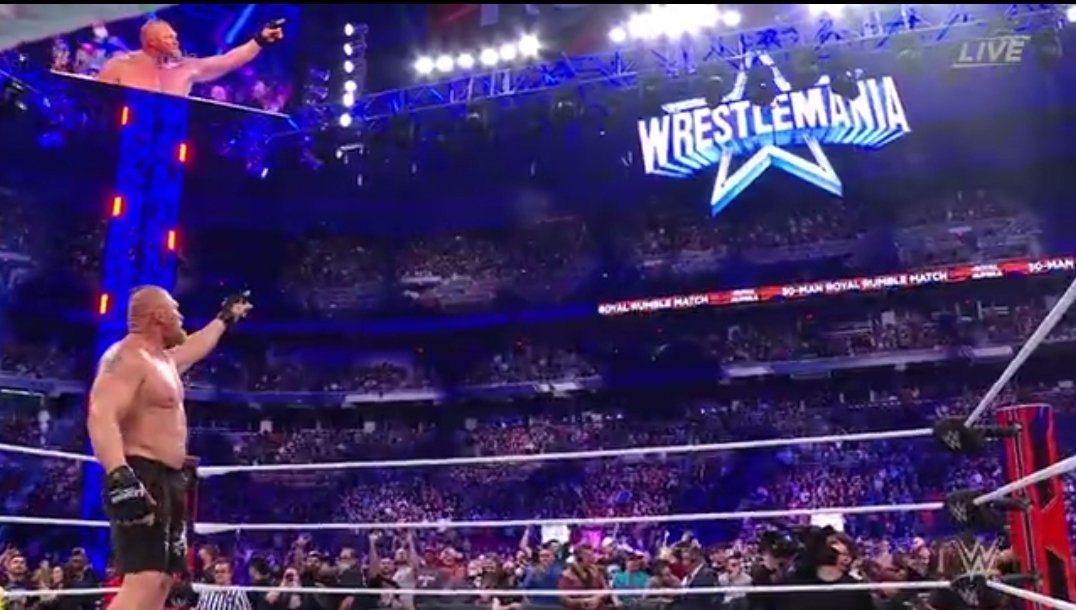 Srinagar, January 30: It was frantic night for the beast Brock Lesnar who emerged out as 2022 Royal Rumble winner after suffering shock WWE title defeat earlier in the same night.

After owing to Roman Reigns interference that resulted in Brock suffering title defeat, the Beast was the last Royal Rumble entrant during Saturday night’s WWE pay-per-view and eliminated his entire competition to earn a title shot at WrestleMania.

It as Lesnar’s second Royal Rumble victory of his WWE career. He threw Drew McIntyre out of the ring last to secure the victory. It was a rematch from the 2020 Royal Rumble in which McIntyre eliminated Lesnar and earned his own title shot at WrestleMania that year.

Earlier competed in a WWE Championship match against Bobby Lashley earlier in the night. Lesnar lost the match to Lashley thanks to Roman Reigns’ interference. Lesnar’s manager Paul Heyman threw the title belt to Reigns who hit Lesnar with it while the referee was knocked out.

Reigns’ interference allowed for Lashley to take advantage and win the title.

Now, Lesnar had the change to challenge Reigns for the WWE Universal Championship against Reigns if he so chooses.