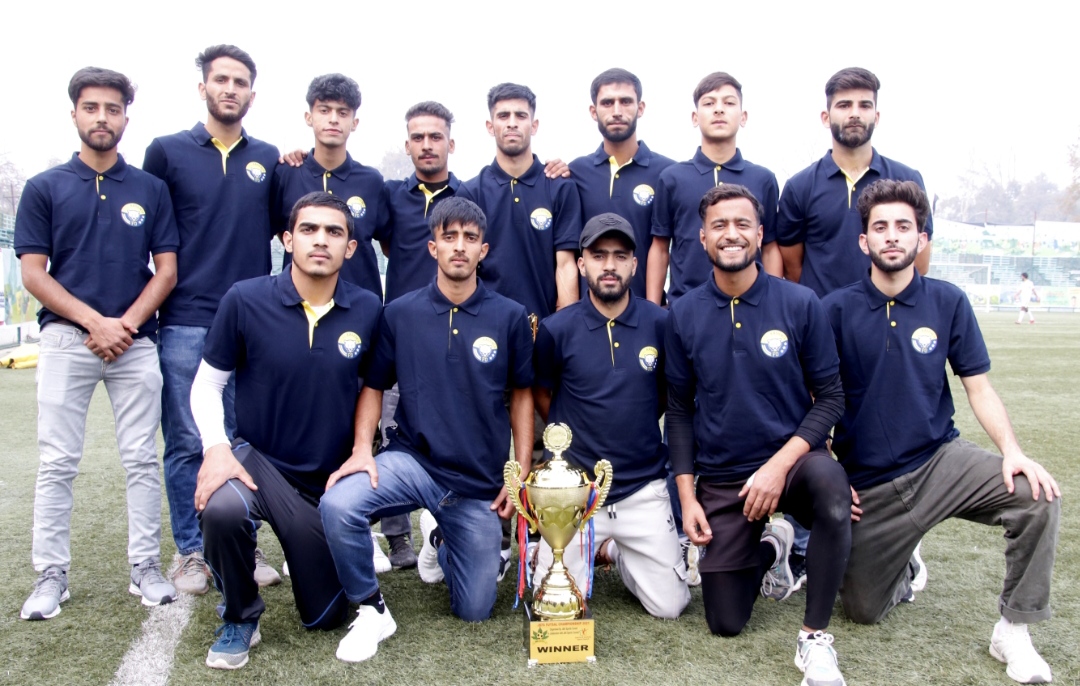 Srinagar, November 2: After winning the JKFA Futsal Championship, Real Kashmir FC (B) left for Delhi to compete in the Hero Futsal Club Championship beginning November 5 to 13, 2021.

Real Kashmir FC (B) received the winner’ trophy of the very first edition of the JKFA Futsal Championship at TRC ground Srinagar. After the ceremony, RKFC (B) team was flagged off for Delhi where they would play their first match against Classic Football Academy (Manipur) on November 06, 2021.

Sixteen teams from Jammu and Kashmir participated in the qualifying state championship of the inaugural edition of the Hero Futsal Club Championship.

Fayaz Ahmad Sofi, president District Football Association (DFA) Srinagar was present on the occasion of felicitating the winning team along with the other dignitaries of the Jammu and Kashmir Football Association. After the ceremony, RKFC (B) team was flagged off for Delhi where they would play their first match against Classic Football Academy (Manipur) on November 06, 2021.
The inaugural edition of the Hero Futsal Club Championship will see 16 teams battle it out amongst them for the top honours. The tournament will kick-off in New Delhi from November 5-13, 2021.

RKFC (B) would be up against Mangal Club (Odisha) in their second match scheduled on 08 November. While their third face off is against Sudeva Delhi FC (Delhi) on November 10.

Earlier, Real Kashmir FC (B) team defeated Downtown Heroes FC in an exhilarating final played at Gindun Stadium Rajbagh on 23 September 2021.
Sixteen clubs participating in the championship have been divided into four groups. The teams in a group will be playing each other in a round robin format. The group winners will advance to the semi-finals and accordingly to the finals.