﻿ Give someone else a chance also: Tabraiz Shamsi to Mohammad Rizwan - Kashmir Sports Watch
HomeCricket

Give someone else a chance also: Tabraiz Shamsi to Mohammad Rizwan

Kashmir Sports Watch April 22, 2021 4:31 pm
Jasprit Bumrah has done wonders with his natural bowling action: Mohammad Abbas
Teams to get 5 run penalty for use of saliva

Srinagar, April 22: Pakistan wicketkeeper batsman Mohammad Rizwan is these days in form of his life , scoring runs consistently and impressing everyone with his talent. Adding to the list now is South Africa leg-spinner Tabraiz Shamsi and has complimented Rizwan in a big way for his inning against Zimbabwe in first T20.

In a first T20I against hosts Zimbabwe, Rizwan played a fantastic knock of 82 runs. Pakistan won match by 12 runs.

“Still scoring runs for fun, give someone else a chance also brother. Other people have to make a living too,” Shamsi Tweeted.

The No.1 ranked T20I bowler Shamsi had a decent T20I series against Pakistan and, barring the third T20I at Centurion, he maintained a good economy rate and was able to stymie the run flow in the other three games. 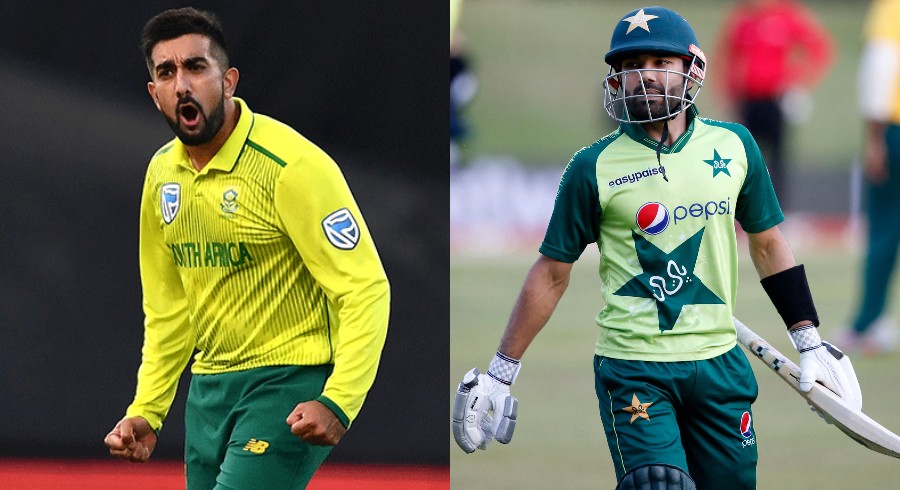