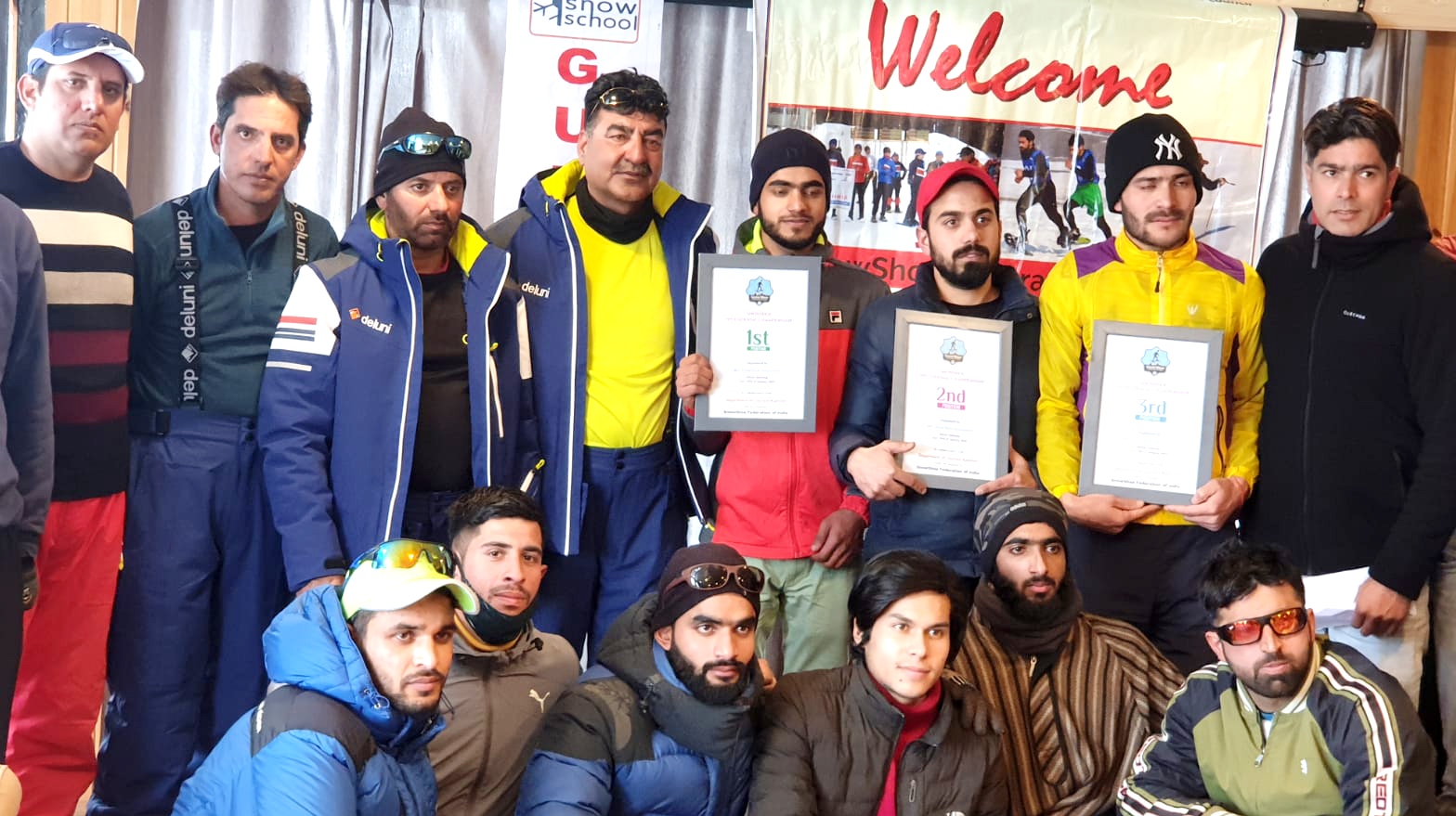 The event was held under the supervision of well known athletic coach of J&K Tahir Mir.
Gulbadin Hekmatyar of Ganderbal district of Kashmir emerged out as winner while as Adil Shah from Srinagar finished second. Sajad Hussain of Kargil, Ladakh finished third.

The championship was sponsored by Pine Palace Resort Gulmarg. Later prize distribution was held in the resort in which President J&K SnowShoe Association Tariq Zargar was chief guest and it was attended by Association members Shabir Dar and Ayaz ul.

Speaking on the occasion Tariq said, ” The event was held for only well known athletes of J&K as COVID-19 protocols doesn’t allow to hold big gatherings. In that context we invited you and three athletes from Kargil, Ladakh who have been training in Kashmir”.

He said that Association is planning to hold similar events in other parts of J&K.
“We don’t want to restrict SnowShoe which is a popular wintersport and activity to Gulmarg only. But we will be holding events in Pahalgam, Sonamarg, Dodapathri, Yousmarg , Patnitop, Srinagar and other parts of J&K that receive snow. To achieve that goal we will be approaching Tourism department shortly for the help,” he said.

About Khelo India National Winter Games, he said, ” The dates for the Games have not been announced by Sports Council yet due to Covid. However, we have kept all things ready from our end. We already held selection trials and even submitted complete list of participation from all over India to Sports Council. If the games are held we are ready”.