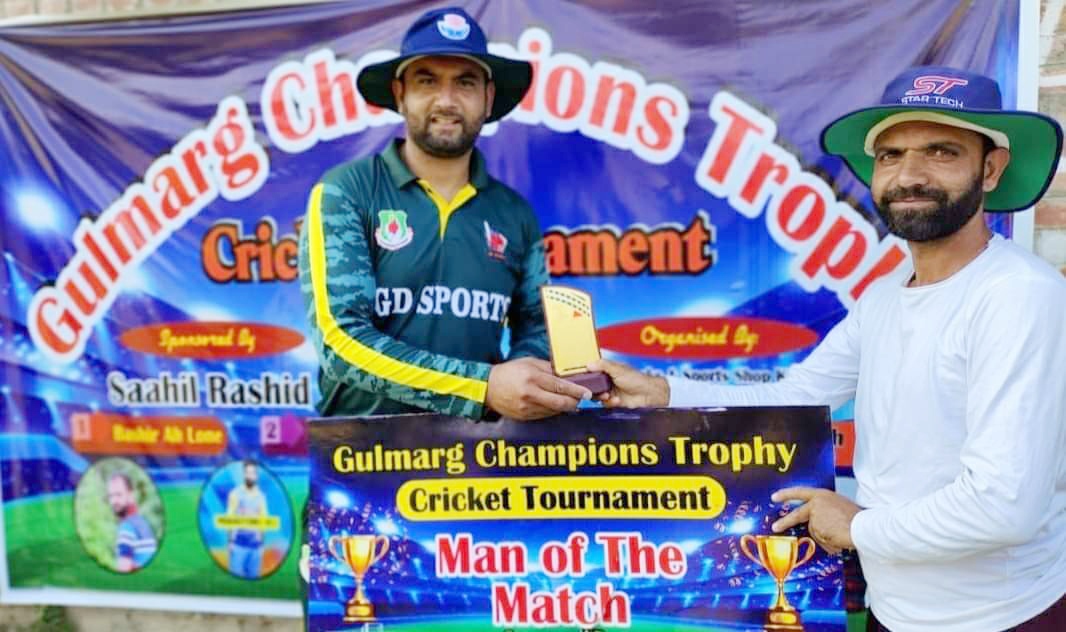 Srinagar, June 8: Senior star cricketer Abid Nabi starred with both bat and ball as New Age Sports crush FCC Tangmarg by 97 runs in the match of the Gulmarg Champions Trophy at Tangmarg stadium on Tuesday.

In the match , Abid Nabi scored 49 runs with the bat and then went on to claim two wickets as well.

In reply FCC Tangmarg got all out for 166 runs . For New Age Sports Faisal Dar and Suhail Hazari took three wickets each .
Abid took two wickets while as another senior player Omar Alam took one wicket.

Abid for his all-round performance was adjudged as man of the match.