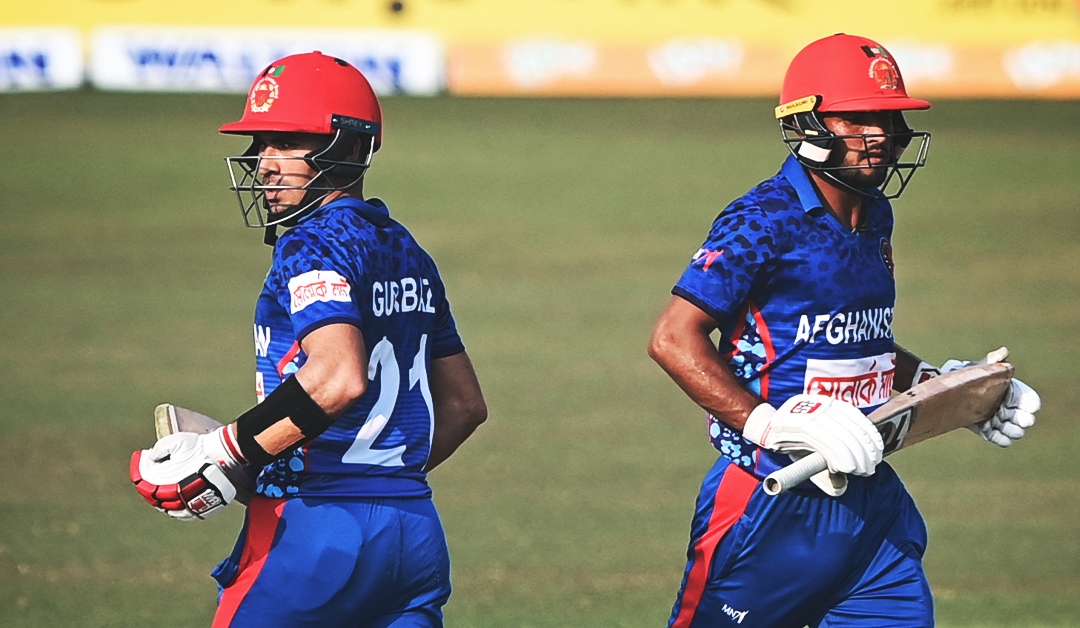 Dubai, Febuary 28: After bowling out Bangladesh for 192, Afghanistan chased down the total effortlessly with seven wickets and 59 balls to spare. The win takes them to the No.4 spot in the ICC Men’s Cricket World Cup Super League Table.

Chasing a 193-run target, Afghanistan’s openers got off to a terrific start, displaying good form and picking boundaries right from the start of their innings. Openers Rahmanullah Gurbaz and Riaz Hassan added 57 runs in the first 10 overs and continued to carry on the momentum forward.

Bangladesh knew they needed to do something special to defend the total, so they brought in the spinners early. Although the plan didn’t work at the start, Shakib Al Hasan managed to break the 79-run opening partnership in the 16th over, stumping out Riaz Hassan for 35. Rahmanullah Gurbaz was joined in the middle by Rahmat Shah, and the two continued to play sensibly, laying the foundation for an easy run chase.

Gurbaz, who was lucky to have gotten three lifelines, made full use of the reprieves as he got to his third ODI century.

Both the batters approached the target with the right mindset and picked boundaries at the right time. While Gurbaz slowly approached his third century, the handy knock of 67 balls 47 from Rahmat Shah came to an end in the 36th over when Mehidy Hasan Miraz got the better of him.

Mehidy got another in his very next over, dismissing Afghanistan captain Hashmatullah Shahidi (2) after he had survived a leg-before wicket appeal off the previous delivery.

However, Gurbaz (106* off 110) soon brought up his century in the 39th over, finishing the chase in 40.1 overs and taking the last ODI by seven wickets.

Earlier in the day, Bangladesh captain Tamim Iqbal opted to bat first after winning the toss. Bangladesh’s openers got off to a good start, scoring 43 runs in the first ten overs. Liton Das, who had made a brilliant century in the second ODI, continued his good form but Iqbal, who did have a good run in this series, once again fell prey to an inswinger of Fazalhaq Farooqi.

Shakib Al Hasan joined the Das in the middle and both the batters slowly started building a foundation of a good finish. Shakib took his time to settle in the middle while Liton kept ticking the scoreboard. They brought up a half-century partnership before Shakib played on and lost his wicket for 30, reducing Bangladesh to 104/2 in 21.2 overs.

Mushfiqur Rahim walked out to bat and joined Liton Das in the middle but couldn’t replicate their heroics from the previous game. Rashid Khan picked Mushfiqur’s wicket at the ideal time and followed it up with another wicket of Yasir Ali (1) to put Bangladesh under pressure.

The turning point came when Mohammad Nabi sent Das back to the pavilion in 36th over. Liton (86 off 113) top-edged a full-length delivery off Nabi and Gulbadin Naib did the rest to take a brilliant catch running forward from long-on.

Bangladesh lost the momentum and kept losing wickets at regular intervals. Atif Hossain and Mehidy Hasan, stars of the first ODI also couldn’t last long and lost their wickets early. Mahmudullah (29* off 53) tried anchoring the innings from the other end but Afghanistan spinners were on a roll as they kept taking wickets. Some poor running between the wickets from batters saw Bangladesh getting bowled out on 192 in 46.5 overs.