Srinagar, 7 July: In the ongoing Hajin Soccer Cup one match was played at Sports Ground Hajin on Wednesday.

In the match Wahab FC clashed with Kangan FC. The match turned out as one sided affair in which Wahab FC outplayed Kangan FC by 6-0 goals.

Shafayat Basu of Wahab FC was declared man of the match for scoring hattrick.

The tournament is being organised by DFA Zone Hajin. 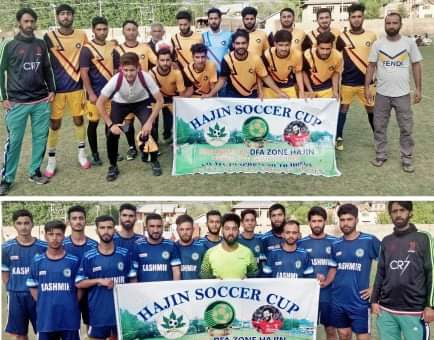