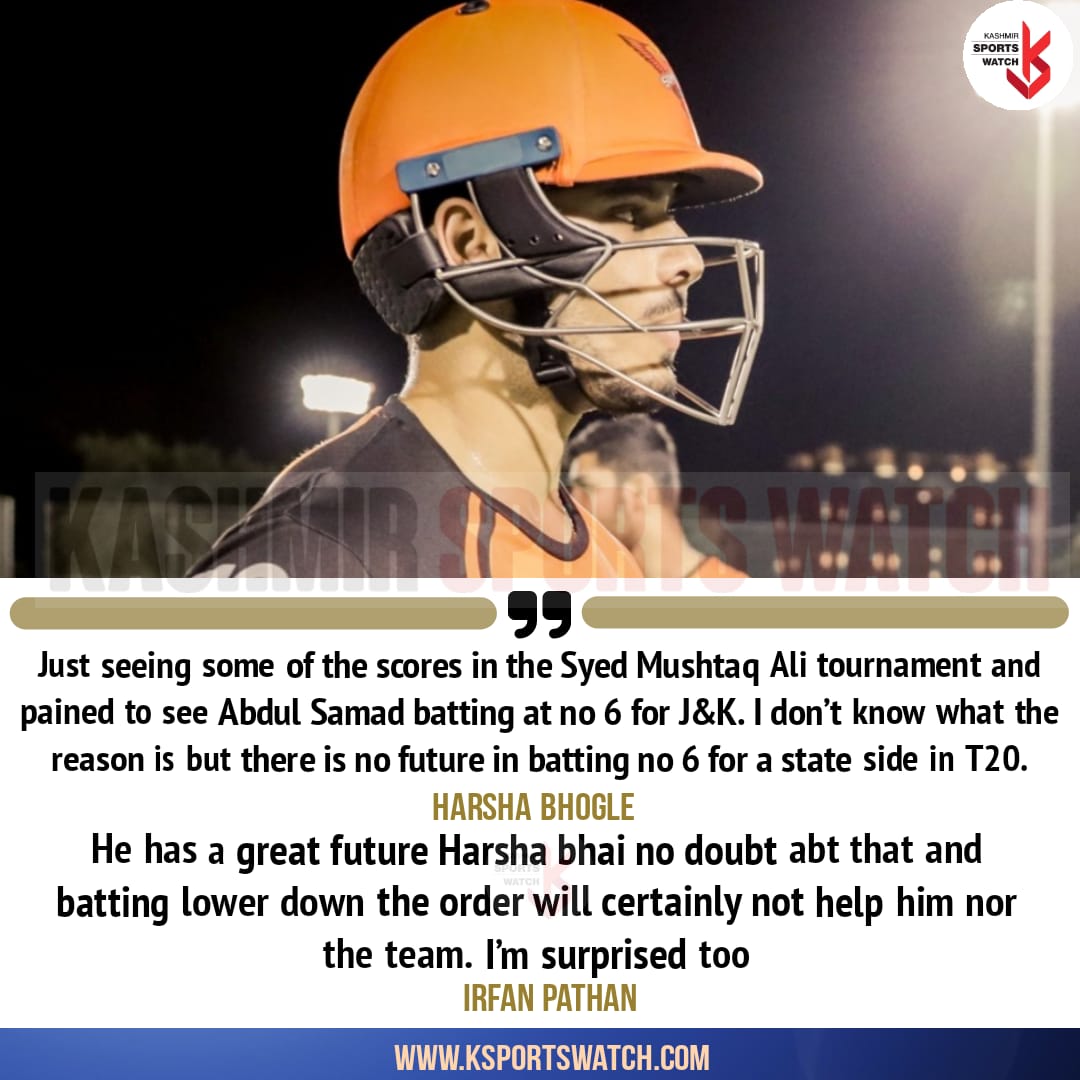 Srinagar, January 12: One of the cricket’s most loved voices, Harsha Bhogle and former J&K mentor Irfan Pathan Tuesday expressed shock over Abdul Samad being sent to bat at number 6 by J&K in the ongoing Syed Mushtaq Ali Trophy.

Samad’s late entry to the crease was largely questioned after J&K was defeated by Karnataka in their first match. However, it was expected he will be promoted in the next game. The J&K captain, Parvez Rasool, though had other plans as Samad wasn’t sent to bat even after the fall of 3 wickets today against Tripura.

This, thus, has given rise to more questions:

“Just seeing some of the scores in the Syed Mushtaq Ali tournament and pained to see Abdul Samad batting at no 6 for J&K. I don’t know what the reason is but there is no future in batting no 6 for a state side in T20.” Bhogle tweeted this evening.

Replying to him, former Indian cricketer who was associated with J&K cricket team for a couple of seasons, Irfan Pathan, said he was also surprised to see Samad batting late.

“He has a great future Harsha bhai no doubt abt that and batting lower down the order will certainly not help him nor the team. I’m surprised too,” Pathan said.