Super Harwan Hurricanes will lock horns with Chandpora in the inaugural, which is scheduled to take place from 10 AM onwards on Wednesday.

The T20 league, to be played in round-robin-based structure, will feature 23 teams from various places of Kashmir. The teams have been distributed in 3 goups viz A, B and C.

The tournament has caught some attention in the last few years as players all across the valley have showed up at this event. 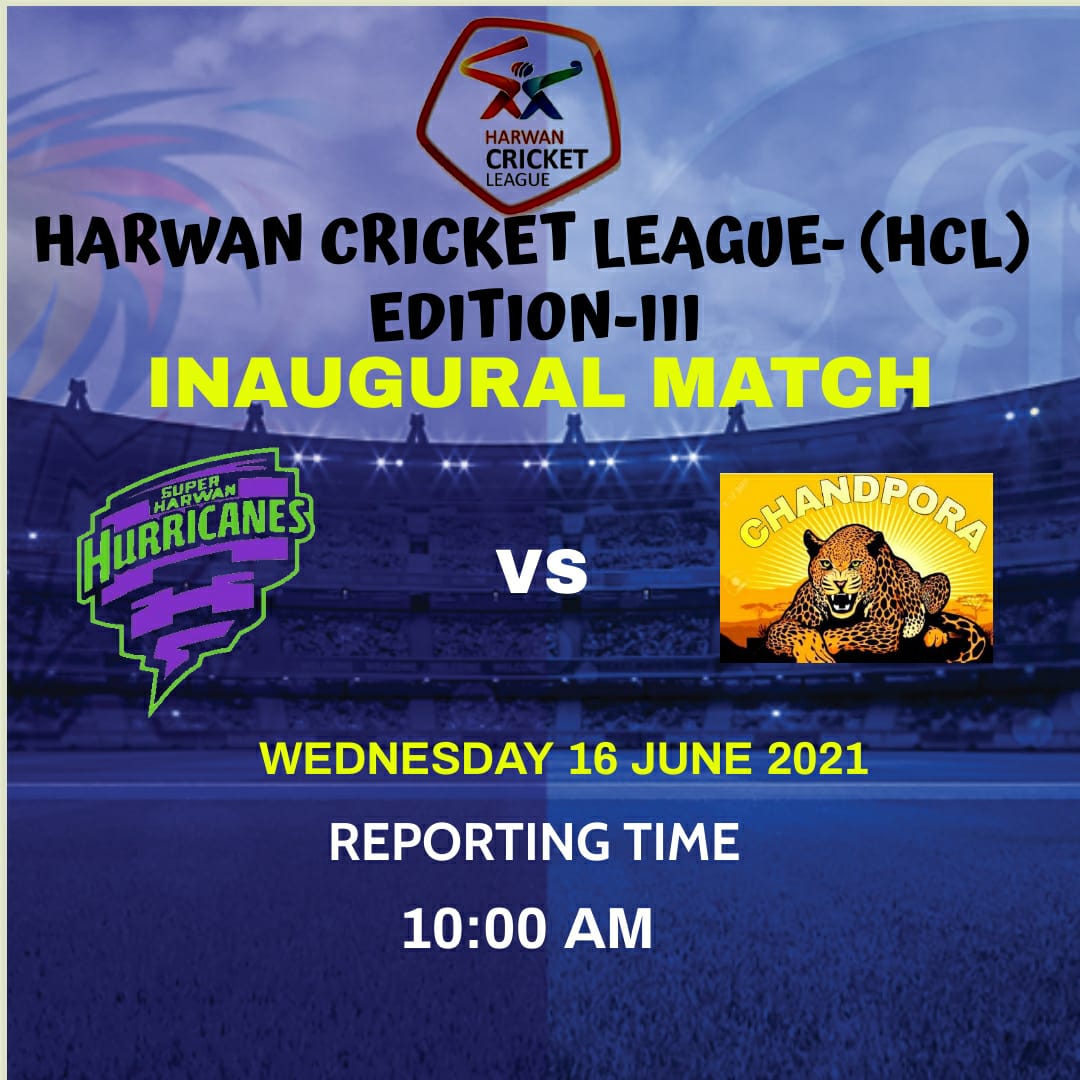