Batting first AMS Jewellers scored , 146 for the loss of eight wickets in allotted overs .Nayeem Ahmed with 39 run knock was highest scorer for them while as Aslam Bhat scored 37. For Harwan Hurricanes , Asif Iqbal and Adil Bashir took two wickets each.

In reply , Harwan Hurricanes were able to score only 136 runs for the loss of nine wickets in allotted overs. Tabish Gulzar with 51 run knock from 24 balls was highest scorer for them while as Shahid scored 27. Bashir Ahmed and Aijaz Hussain took two wickets each for AMS.

Man of the match and game changer was awarded to Sajad Ahmad. 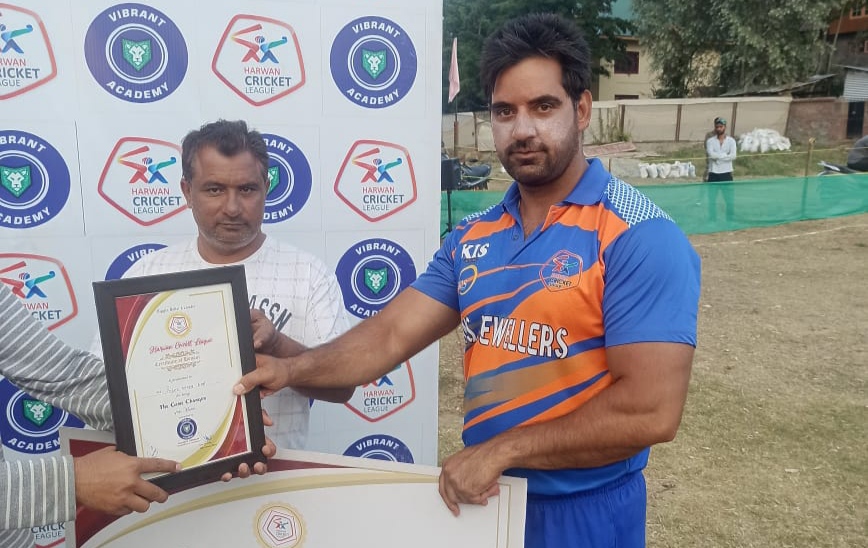