Batting first, Azam Jewellers scored 138 runs for the loss of eight wickets . Tanveer Makhdoomi with 34 and Wasim Andrabi with 28 were highest scorer for them while as Leyaqat Ahmed scored 23. Mir Mohsin and Ashique Ramzan took two wickets each.

In reply, SJCC Chatterhama were able to score only 128 for the loss of nine wickets in allotted 20 overs. Mohammad Asif with 30 and Tariq Ahmed with 29 were highest scorers for them while as Bilal Ahmed took three wickets for Azam Jewellers . Hamim Makhdoomi took two.

Azam Jewellers won match by 10 runs. Bilal was awarded man of the match for his three wickets and 10 runs. 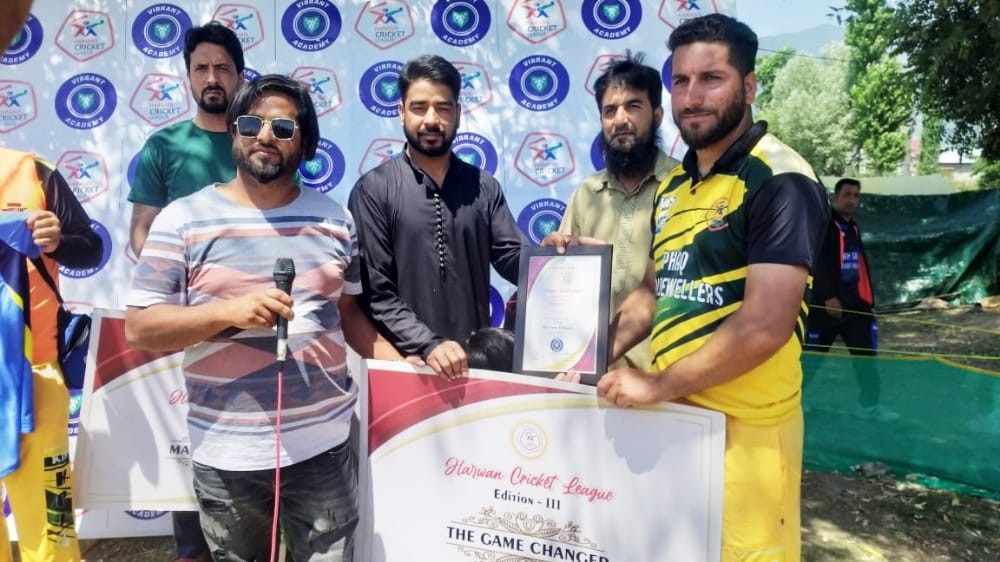