Batting first, Kuthoo XI scored 165 runs for the loss of five wickets. Arshad Ahmed with 47 and Muzamil Baba with 27 were highest scorers for them. Athar Rabani and Rahid Mushtaq scored 24 and 21 runs respectively.
For Danihama Dynamites Adil Gani took two wickets while as Arif Nisar, Sajad Ahmed and Tahir Ahmed took one each.

In reply , Danihama Dynamites achieved target in 19.2 overs for the loss of seven wickets . Jarangir Hassan with 45 was highest scorer for them while as Adil Rashid and Arif Nisar scored 39 and 36 runs respectively . For Kuthoo XI Athar Rabbani and Shahid Farooq took two wickets each. Ashiq Hussain and Muzamil Baba took one each.

Dynamites won by three wickets . Arif was awarded man of the match while as Jahangir as game changer of the match. 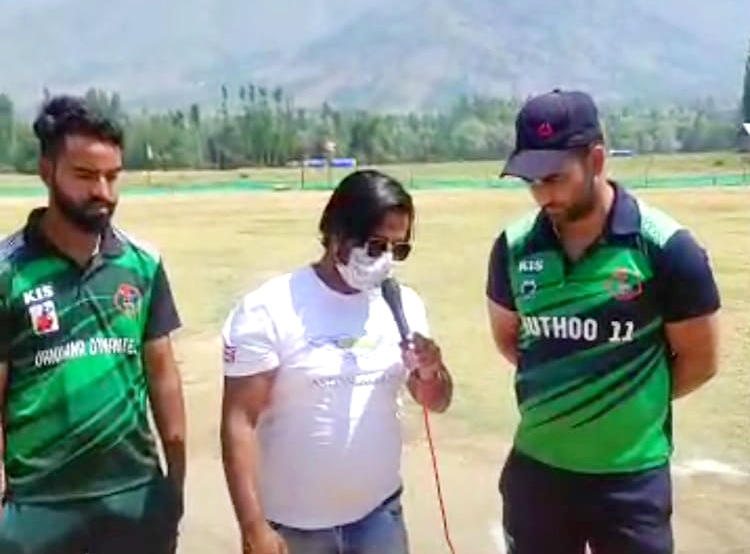