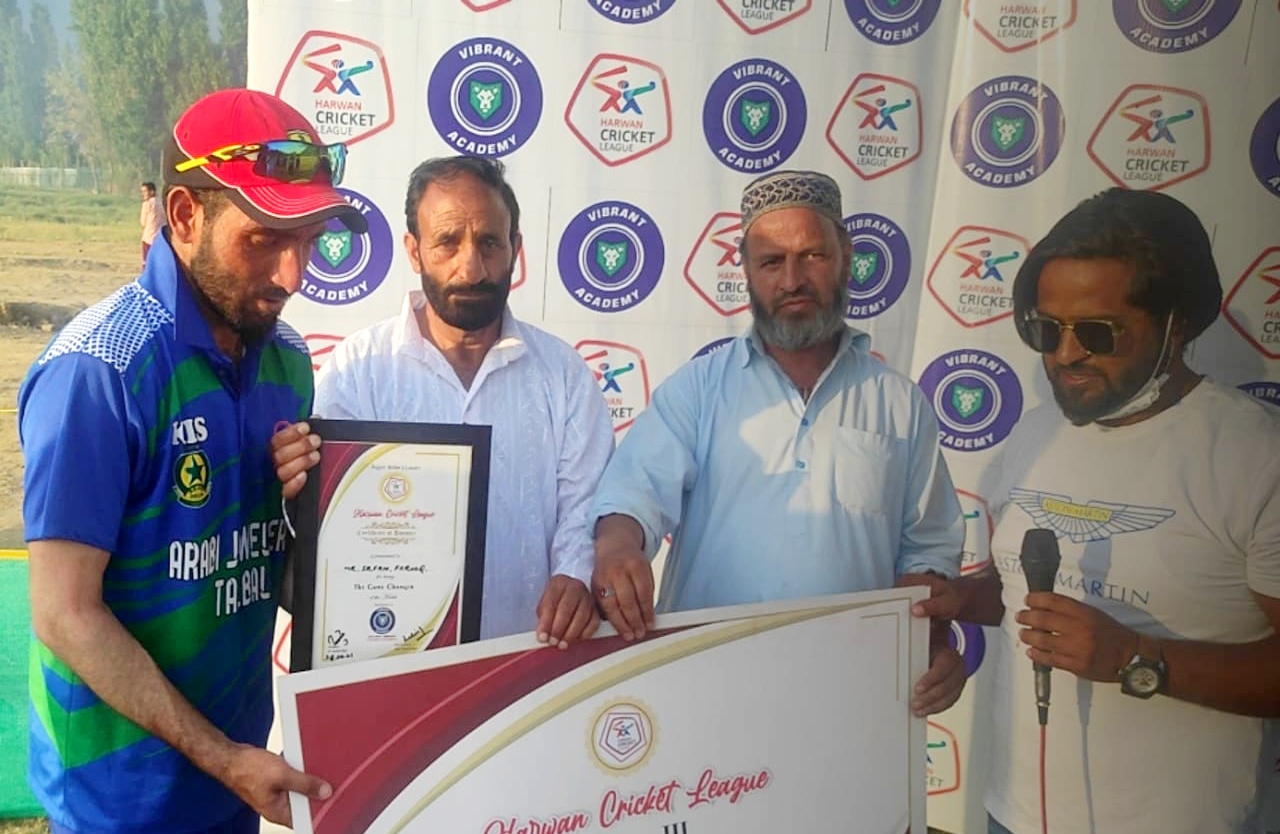 Batting first , Harwan Hurricanes got all out for 104 runs in 19.5 overs . Mohammad Ashraf with 40 run knock was highest scorer for them. For Arabi Jewellers , Irfan Farooq and Abid Ali took three wickets each while as Mubarak Ali and Sahil Nazir took one each.

In reply Arabi Jewellers achieved required target for the loss of four wickets in 14.3 overs. Irfan Farooq with unbeaten 52 was highest scorer for them while as Firdous Ahmed scored 19. Bashir Kumar took two wickets for Harwan Hurricanes .

Irfan Farooq was awarded man of the match as well game changer of match awards.