Srinagar, June 20: A match winning knock of 49 runs by Tariq Rather guided Team Sultan to a comfortable win against Baba Brothers in the match of ongoing 3rd Harwan Cricket League at Harwan on Sunday.

Baba Brothers won the toss and elected to bat first. They scored 123 runs for the loss of nine wickets in allotted overs . Tariq with 23, Royan with 21 and Maqsood woth 21 were highest scorers for them.

In reply Team Sultan chased target in 16.3 overs. Tariq Rather with 49 run knock was highest scorer for them.
Imtiyaz took 3 wickets for Baba Brothers 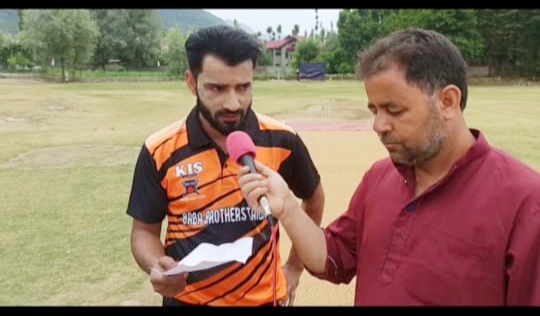