Haseeb Hameed back in England squad after 5 years 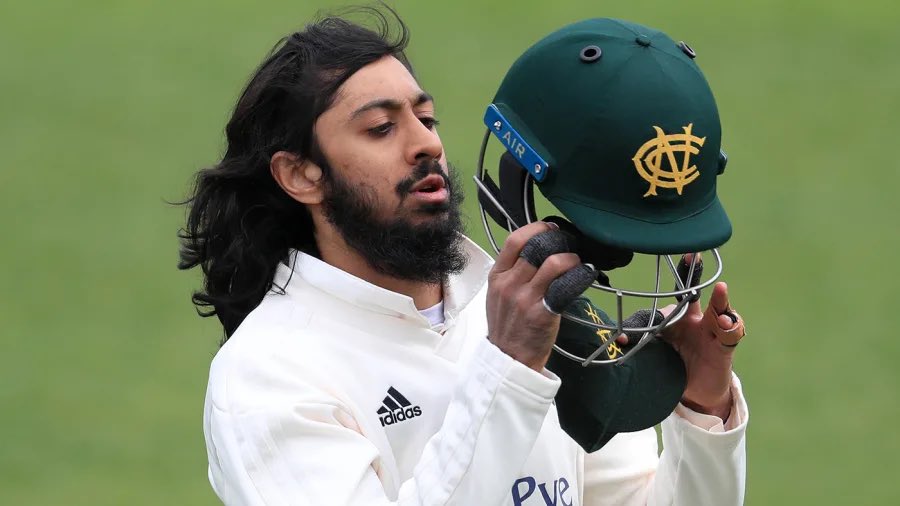 Srinagar, May 26: It has been five long years as Haseeb Hameed has been included in England test squad for the series against New Zealand.

Ben Foakes on Tuesday was ruled out of the series due to injury and Sam Billings and Haseeb Hameed were added to the squad.

Ben Foakes is now facing at least three months on the sidelines after tearing a hamstring slipping on the dressing-room floor after Surrey’s County Championship match against Middlesex last Sunday.

Sam Billings, who has played 52 white-ball matches for England but is uncapped at Test level, has been called into the squad for the two Tests against New Zealand as wicketkeeping cover.

Hameed, whose last Test came against India in November 2016, is in the squad to cover the top-order batting – essentially for Dom Sibley, who has played just one County Championship match for Warwickshire since fracturing a finger last month.

Hameed’s call-up is owing to his revival in form this summer, with the 24-year-old scoring 474 County Championship runs at an average of 52.66 for Nottinghamshire.

The opener had made a spectacular start in international cricket as a 19-year-old on the 2016 tour of India, becoming the third-youngest England batsman to score a half-century on his Test debut at Rajkot. However, his form fell off a cliff in subsequent years before a move from Lancashire to Nottinghamshire last year kick-started a revival in his fortunes.

“Surrey and England wicketkeeper Ben Foakes is ruled out of the forthcoming Test series against New Zealand after tearing his left hamstring,” said an England statement.

“Foakes sustained the injury on Sunday slipping in the dressing room after Surrey’s County Championship fixture against Middlesex at the Kia Oval. He will now be assessed and work closely on his rehabilitation with the Surrey medical team and is expected to be out of action for at least three months.

“Hameed will play for Nottinghamshire in this week’s County Championship match against Warwickshire at Edgbaston starting on Thursday. He will join up with the England team at their base in London on Sunday night.”