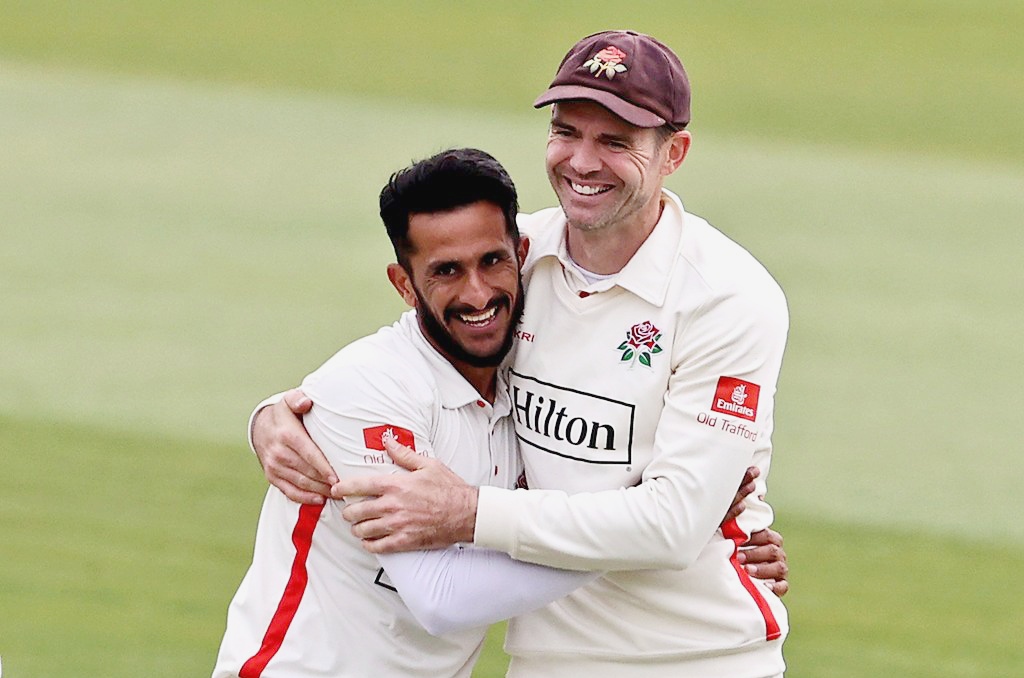 Srinagar, May 11: England’s legendary pacer James Anderson has said that Pakistan’s premier pacer Hassan Ali is an absolute legend and will never say no to his captain.

James Anderson and Hassan Ali are teammates during ongoing County Cricket Championship in England as both play for Lancashire. Hassan Ali has been in brilliant form with the ball and is currently leading wicketaker in the championship.

“He’s an absolute legend. Great guy, great bowler. He’s quite quick and he just gives it everything with every ball that he bowls and he’s been amazing for Lancashire,”
James Anderson was quoted as saying regarding Hassan Ali.

“You can learn a lot from people you’ve not played with before and see the different things they do and it’s been nice. Although Hassan’s been asking me a lot of questions about what I do but I’ve also been watching him and learned some stuff from him too,” James Anderson further said about Hassan Ali as Tweeted by journalist Saj Sadiq.

“Hassan loves cricket, he loves bowling, he loves the game. When you sign an overseas player, sometimes you are never quite sure whether they are coming to get experience of the conditions, or for the money but he literally loves playing cricket,” he said.

Jimmy Anderson said that Hassan Ali is workhorse who any captain would love to have in his team as the pacer never refuses to put in hard yards.