﻿ Have concussion with some memory loss but I will be fine, says Faf du Plessis - Kashmir Sports Watch
HomeCricket

Have concussion with some memory loss but I will be fine, says Faf du Plessis

Srinagar, June 13: South Africa star batsman
Faf du Plessis has brushed aside concerns about his health after suffering concussion during Pakistan Super League ( PSL ) game on Saturday by coming out and said he is fine.

He had suffered concussion during Peshawar Zalmi and Quetta Gladiators match in Abu Dhabi on Saturday .

In trying to save a boundary, Du Plessis collided with teammate Mohammad Hasnain during their Pakistan Super League match on Saturday night.

Following the accident, the former South Africa captain lay prone on the ground for a few minutes while the team physio attended to him.

Du Plessis eventually got on his feet and walked back to the team dugout before being taken to hospital for scans.

“Thank you everyone for all the messages of support. I’m back at the hotel recovering. Have concussion with some memory loss but I will be fine. Hopefully be back on the field soon. Much love,” du Plessis tweeted.

Ruled out of the game, the 36-year-old Proteas batsman was replaced in the Gladiators XI by Saim Ayub. It was the second case of concussion in two days for the Gladiators.

Du Plessis’ wife Imari shared a story on Instagram and wrote: “This is killing me right now. Surely he should be checked in the hospital?”

The Gladiators used a concussion substitute for the second time in two days. During their last match against Islamabad United, all-rounder Andre Russell took a blow to his helmet from a Mohammad Musa bouncer. He was replaced by fast bowler Naseem Shah. 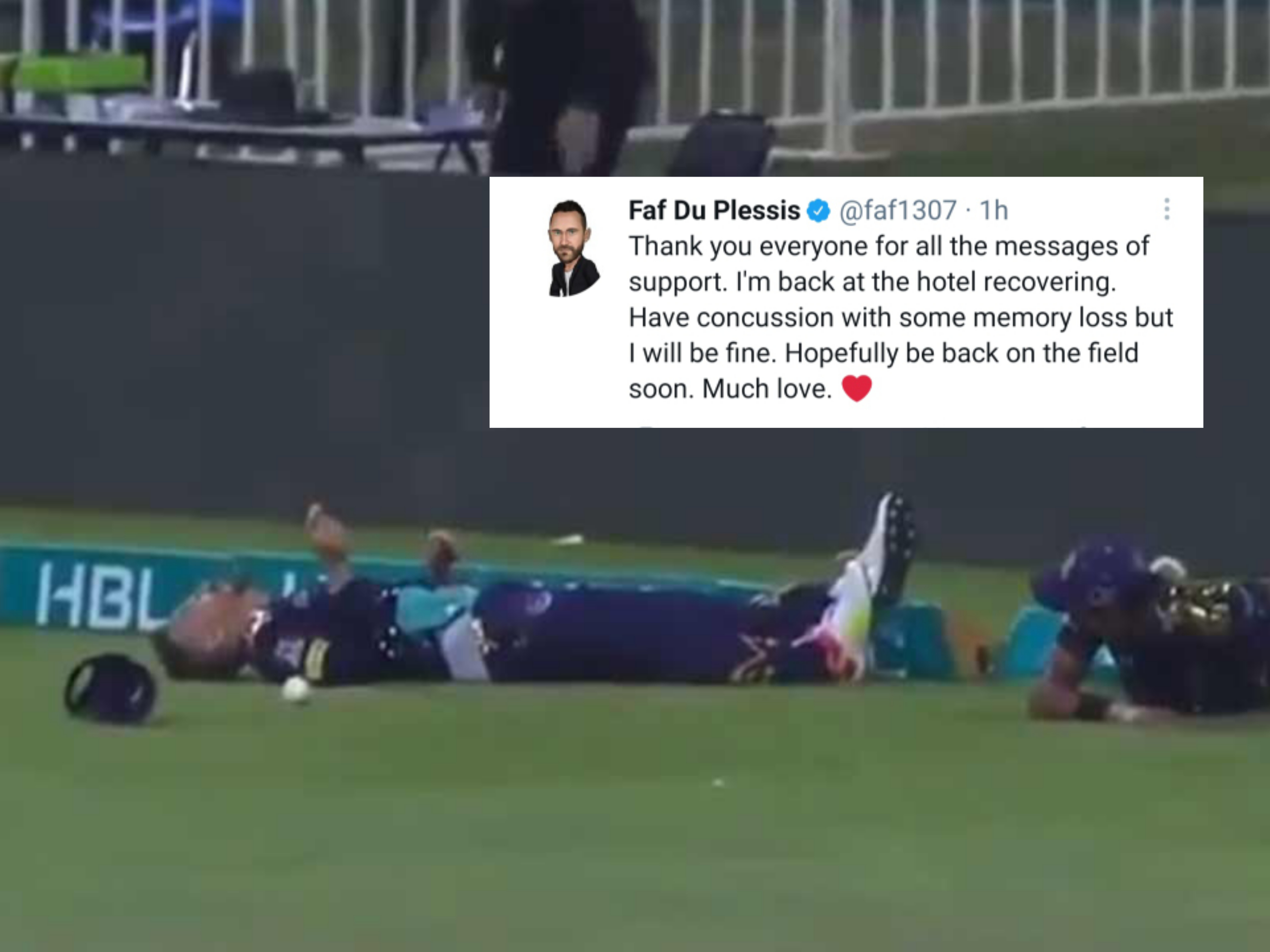