﻿ He is No.1 batsman in today’s era: Check out what Mohammad Yousuf said about Virat Kohli, Babar Azam - Kashmir Sports Watch
HomeCricket

Srinagar, May 14: While there is never ending debate on who is best amoung Virat Kohli, Babar Azam ,former Pakistan cricketer Mohammad Yousuf has settled the debate by giving perfect response .

Yousuf, who was one of the pillars of Pakistan batting in the 1990s and 2000s, weighed in on the India and Pakistan captains, calling Kohli the No. 1 batsman of today’s generation while highlighting the strength of both these batsmen.

“I’ve never seen him practice but have followed some his training videos on Twitter or some place else. In today’s era, if someone asks me what is modern cricket, I ‘d say it ‘s about training. The players today are fit and fast, as is Virat Kohli, which is the reason behind his terrific performances,” Mohammad Yousuf said on the YouTube Show ‘Cricast’

“He has 70 centuries in ODIs and T20Is combined. In ODIs, he has some 12000 runs and is approaching the 10K mark in Tests as well. In T20I as well, he has some great numbers. His performance in all three eras is high-class. In today’s era, he is the No. 1 batsman. I have earlier said as well that comparisons with the players of previous era in unfair. Despite that, his performances are unbelievable.”

As for Babar, Yousuf feels the Pakistan skipper’s success is highly due to the hard work he has applied on top of his talent. Yousuf feels Babar can set the blueprint for youngsters to follow, especially the ones in Pakistan, and explained how the efforts Babar has put together reflects in his position in the ICC rankings for batsmen.

“Babar has worked on his talent. He undergoes tough drills and practices. I keep telling these younger players that the harder they work on their practice, the easier it will get playing matches. Babar has been doing that constantly and look… today he is No. 1 in ODIs, No. 3 in T20Is, he’s No. 6 at Tests. So, it’s a big achievement that one player is in Top 10 of all three formats of ICC rankings,” Yousuf added.

On Thursday Pakistan legend Zaheer Abbas while speaking with Cricket Pakistan had said that there only two top batsman in current whose style youngsters are copying . He named them Virat Kohli , Babar Azam. 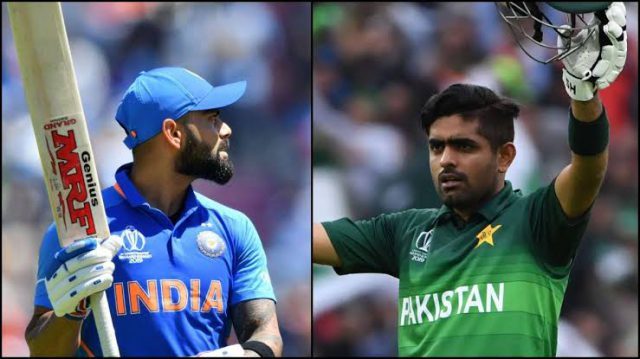 Newer Post
If Kane Williamson was Indian, not Virat Kohli but he would be greatest player in the world: Michael Vaughan
Older Post
Pakistan legend Zaheer Abbas picks Virat Kohli, Babar Azam as his favourite batsmen