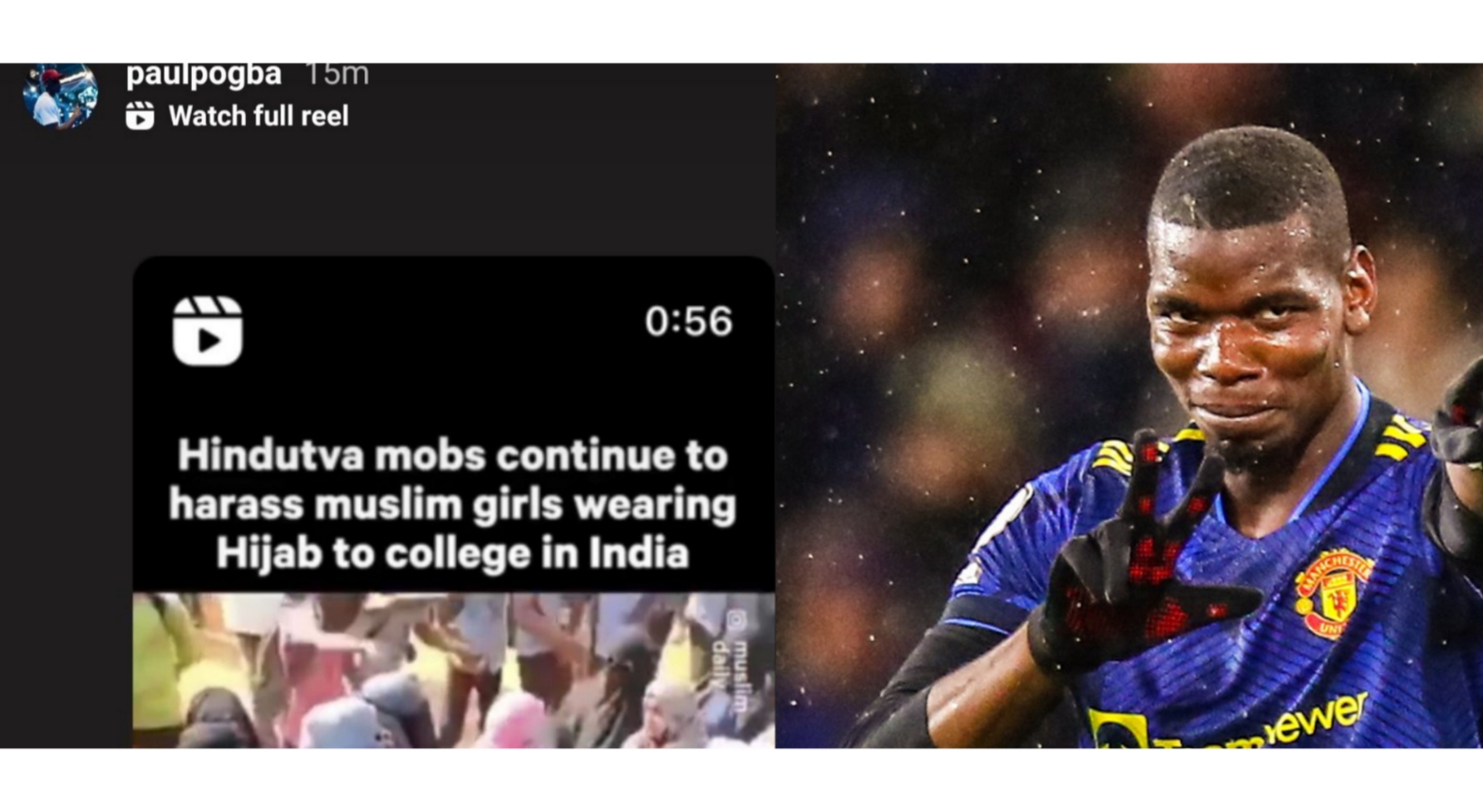 Srinagar, Febuary 10: In major update from the World of football, French football star who plays for Manchester United Paul Pogba has shared video on his instagram story about ‘Hindutva’ mob harrassing muslim girls in Karnataka in the ongoing Hijab Row.

The Manchester United star has over 51 million followers on Instagram.

Pogba has shared a video of the ongoing Hijab issue that’s created a tense situation across many schools in Karnataka.

The video has got huge reactions with Pogba trending on Twitter as well related to his Instagram story. The screenshot of the video has been also uploaded on Twitter.

The World Cup winning 28-year-old star Pogba made his first Premier league start since mid-October against Burnley and hammered home his first goal of the season.

Meanwhile, the Karnataka High Court on Thursday orally said it will restrain students and all stakeholders from insisting on wearing any religious garment, either the headscarf or saffron shawl, till the final verdict is reached.

On Tuesday, the Karnataka government had declared a holiday for all high schools and colleges across the state for the next three days in order to avoid any further unrest among students over the hijab row.

The hijab row that started at a college in Udupi district has quickly spread to most parts of the state, including Bagalkot, Vijayapura, Hubballi, Hassan, Kolar, Kodagu and Kalaburgi.

Students wearing hijabs and saffron shawls and groups supporting them resorted to protests. As the situation was getting out of control, many colleges declared holidays even before the government made the announcement.