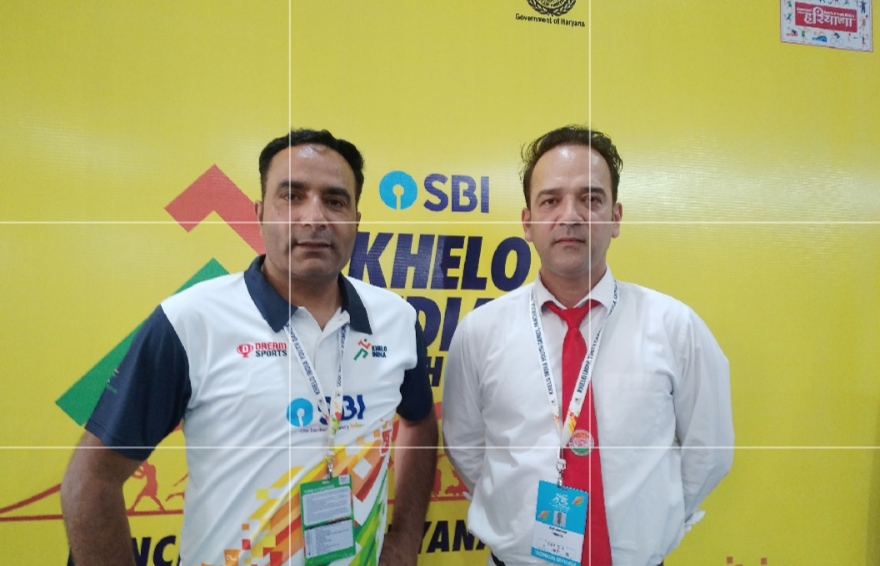 New Delhi, June 8: Mohammed Iqbal faced an unusual challenge when he tried to draw youngsters to the fascinating sport of thang-ta in Jammu & Kashmir.

“Twenty years ago, I was a private trainer and was offering free classes to boys and girls,” Iqbal, now a revered coach in the state, said as his team competed in the Khelo India Youth Games . “The locals objected to girls joining my classes. Many of them responded very aggressively and kept disrupting our sessions,” he disclosed.

But then, the head of a local mosque, where Iqbal lived, came to his rescue. “The maulvi and several school principals vouched for my character and assured the agitators that I would take good care of the children, and here I am,” he said.

It helped that the girls loved the sport and each was determined to stick on despite the opposition. Over the years, under the shadow of militancy, Mohammed Iqbal has drawn thousands of children to thang-ta, desperately hoping to keep them in the mainstream.

“Today, several of those young men and women are local coaches. But back then, quite a few got to travel to different parts of the country, even the world, from Korea to Dubai to Iran, to participate in Championships which motivated others,” Iqbal proudly declared.

It’s difficult to fathom how Thang-Ta, with its origins in the North-Eastern state of Manipur, traversed the plains, hills and valleys to reach J&K, the northern-most tip of India. “It’s a homegrown sport, an Indian martial arts form and we just took to the game,” Iqbal said. “I was just a schoolboy then and was immediately drawn towards it.”

Many believe that a local tournament around that time was the trigger for the spread of thang-ta. “It was organised to help a few of us understand the technicalities and I soon found myself in Manipur for the National Games in 1999.”

A few years later, wiser and older, when he became a coach, he would get an invitation from the Manipuri Thang-Ta Federation to learn, both, basic and advanced training.

Today, more than 20 thang-ta clubs have sprung up in downtown Srinagar. Many of his former disciples are training youngsters there. “It has become something of a sports tradition now and families are happy to send their children to us for training,” says Ayjaz Ahmad Bhat, the general secretary of the J&K Thang-Ta Association.

Now that girls want to learn martial arts for self-defence, many join our classes,” Iqbal said, with a sense of pride.