Srinagar, June 24: What’s the last thing you remember doing without expecting anything in return? Even when you give a few bucks to a beggar on the road, you expect God to reward you in return. Don’t you?

Now, imagine someone spending lakhs for just the sake of love for cricket! You might immediately think of IPL or corporate team owners; but let me tell you, they do it mostly for the business. They spend money in forming a team and earn it back in several ways.

However, Mudasir Nabi Bhat – a 28-year-old Kashmiri businessman – is running a team of 25 players with just one aim: to ‘help promising cricketers chase their dreams’. Born and brought up in Wathoora, Chadoora in central Kashmir’s Budgam, Mudasir, owns a few local businesses. He wants to spend whatever he could for the betterment of cricket in the valley.

For the last 3 years, he has been helping young and settled cricketers with everything; from paying their travel to buying them equipment, he does it all from his own pocket.

“I have myself played at the local level. I wanted to give young players a platform, that’s why I formed this team. I’m not aiming to earn anything from cricket, I just want these players to make it to the highest level. I am eying to provide them with all the facilities,” Mudasir tells KSW.

The team is named as ‘Mudit Mavericks‘ – Mudit is what dear ones call Mudasir; a sort of nickname. This team has been participating in all the major leagues of Kashmir. Mudasir not only pays the entry fee but pays his players’ travel, food and other expenses as well. He also buys them equipment from time to time. In return he doesn’t even keep the winning amount and instead spends it on the team’s expenses.

Providing an example of what Mudasir does, a first-class cricketer, who’s part of the team, explains: “A few days back, he heard of a league to be played on turf wicket at Charar. We told him it’s quite far away but he insisted that we should go because playing on turf is a rare experience you get here. He arranged everything and we played their just yesterday,”

Mudasir has hired some of the top-level players of Kashmir alongside local youngsters.
“I want these young players to learn from the best. When they play with these players, they automatically become better cricketers.,” he says, adding, “I support a lot of young players and those who do well then get to play in the team,”

“We get these types of facilities at the Ranji Trophy level. The only difference is here we travel back to home in the evening instead of staying at the hotel. He provides us with every single thing. We don’t even have to ask, he does it all on his own,” a Ranji Trophy cricketer playing for the team says.

So, what does Mudasri eye to do in future?

“I don’t want anything for myself. If these players reach somewhere that would mean a lot to me. If there’s any player who can’t afford equipment and all, I’m ready to help. I want nothing in return,” he replies. 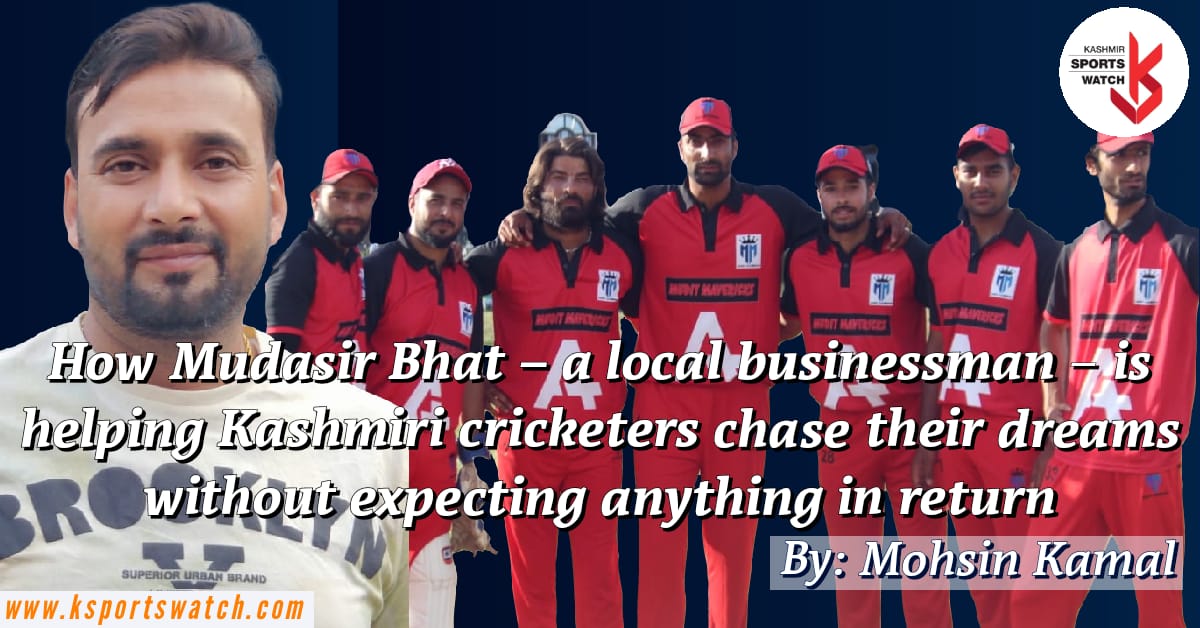