﻿ I am fit, have no plans to Retire: Shoaib Malik - Kashmir Sports Watch
HomeCricket

I am fit, have no plans to Retire: Shoaib Malik

Kashmir Sports Watch May 1, 2021 6:08 am
Younis Khan reveals suggestion he used to give Fawad Aalam
Racism do exist in Indian cricket,says Irfan Pathan

Srinagar, May 1: Pakistan senior cricketer who is out of favour with selectors currently Shoaib Malik has made it clear that he is completely fit and has no immediate plans to announce his retirement .

Malik was quoting this is Pakistan media on Friday in which he said that he has signed two year contracts with some T20 leagues and there is no point in mentioning the word retirement.

“I am saying very clearly today I have not even thought about retirement. I have no plans to retire now because I am fit, I can bat, I can bowl and I can bowl,” Malik was quoted as saying in Pakistan Media .

“I have recently signed two-year contracts in some leagues so where does the question of me taking retirement after the World Cup arise,” he said.

Malik said that he completely fit and can perform both with bat and ball apart from fielding .
“I can field in hotspots, I can take two runs and I can save two runs. When I have to bowl I can also bowl and I am batting well. My fitness is top grade,” he said.

Malik was recently in news for taking pit shots at Pakistan coach Misbah ul Haq after Pakistan suffered T20 defeat at the hands of Zimbabwe.

Malik in his tweets had said that team management is inferring with captain Babar Azam and not allowing Babar to take his independent decisions and the head coach had personal likes and dislikes in selecting players.
He also called for the appointment of a white ball coach for the national team.

Malik, despite now focussing only on T20 format since retiring from Test and ODI matches, has been kept out of the Pakistan white ball squad since last year as head coach Misbah-ul-Haq keep on trying several new players in the batting order.

Malik also made the point that whenever he played in the Pakistan Super League or other foreign leagues he kept on performing in the shortest format and even now worked very hard on his fitness to compete with younger players. 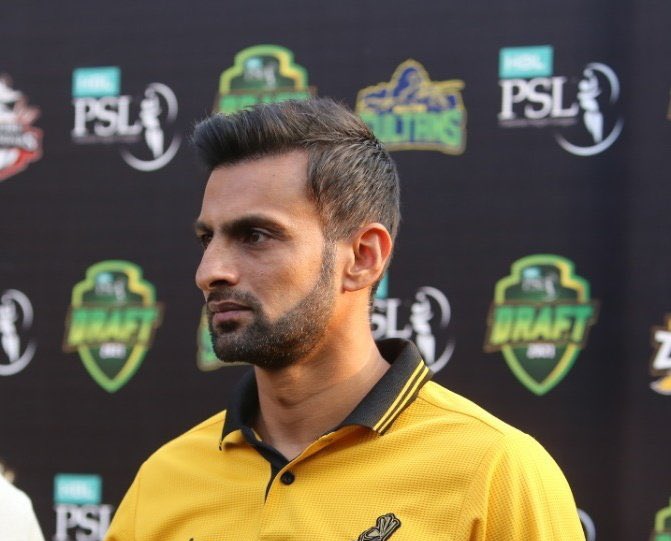