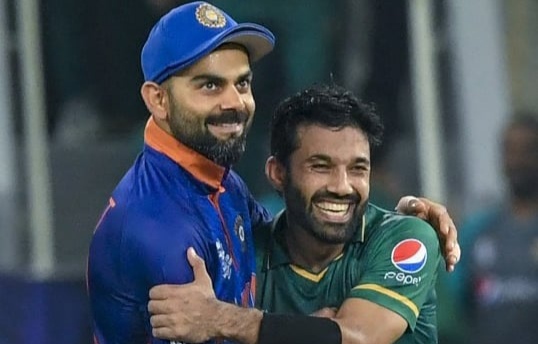 “I will say that he is a champion player but at this stage, we can pray for him because he is a hard-working cricketer,” Mohammad Rizwan told Cricwick.

Mohammad Rizwan who is currently playing in County Championship said that every player goes through bad patch.

“And tough times do come and things do get easier too. Every player has scored centuries and got out on pairs and this goes on. I can only pray for him and I am hopeful that through hard work, he will control all the things,” Rizwan said.

In a video uploaded by Royal Challengers Bangalore, Danish Sait, asked Kohli about his golden ducks in this IPL and the prolific right-hander gave a candid response.