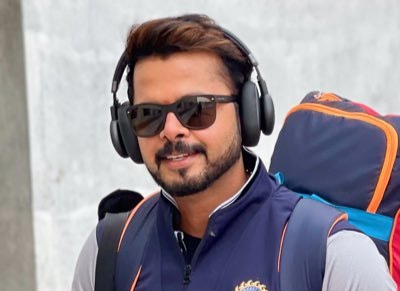 Srinagar, March 12: The recently retired former India cricketer S Sreesanth has said that he deserved a farewell Ranji Trophy match and his request for that was denied by the Kerala Cricket Association.

Sreesanth who last played for India in 2011 recently announced his retirement from all formats of the game.

Sreesanth was making a comeback in first-class cricket after nine years. He featured in the side’s opening fixture against Meghalaya and claimed a couple of wickets. However, he was refused to be picked for his last game.

Sreesanth expressed his desire in the team meeting that he wants the game against Gujarat to be his final game in professional cricket, but he was denied the opportunity.

“I was looking forward to playing the match against Gujarat in the Ranji Trophy. In the team meeting ahead of the game, I had made it clear that it would be my last match for Kerala. I believe I deserved a farewell match,” the 39-year-old told Manorama after announcing his retirement.

Speaking about his future plans, Sreesanth stated that he is open to playing franchise cricket but wants to focus more on his showbiz career.

“I am open to playing franchise-based leagues across the world. I have received some coaching offers too. Also, I want to focus on my film career. My first movie in Tamil will hit the screens in April. I have already acted in a Kannada movie called Kempegowda 2,” he said.

Sreesanth made his debut in 2005 and has bowled some memorable spells in his international career. He was also involved in India’s T20 World Cup triumph in 2007. However, alleged involvement in spot-fixing in IPL 2013 saw him getting banned for 6 years.