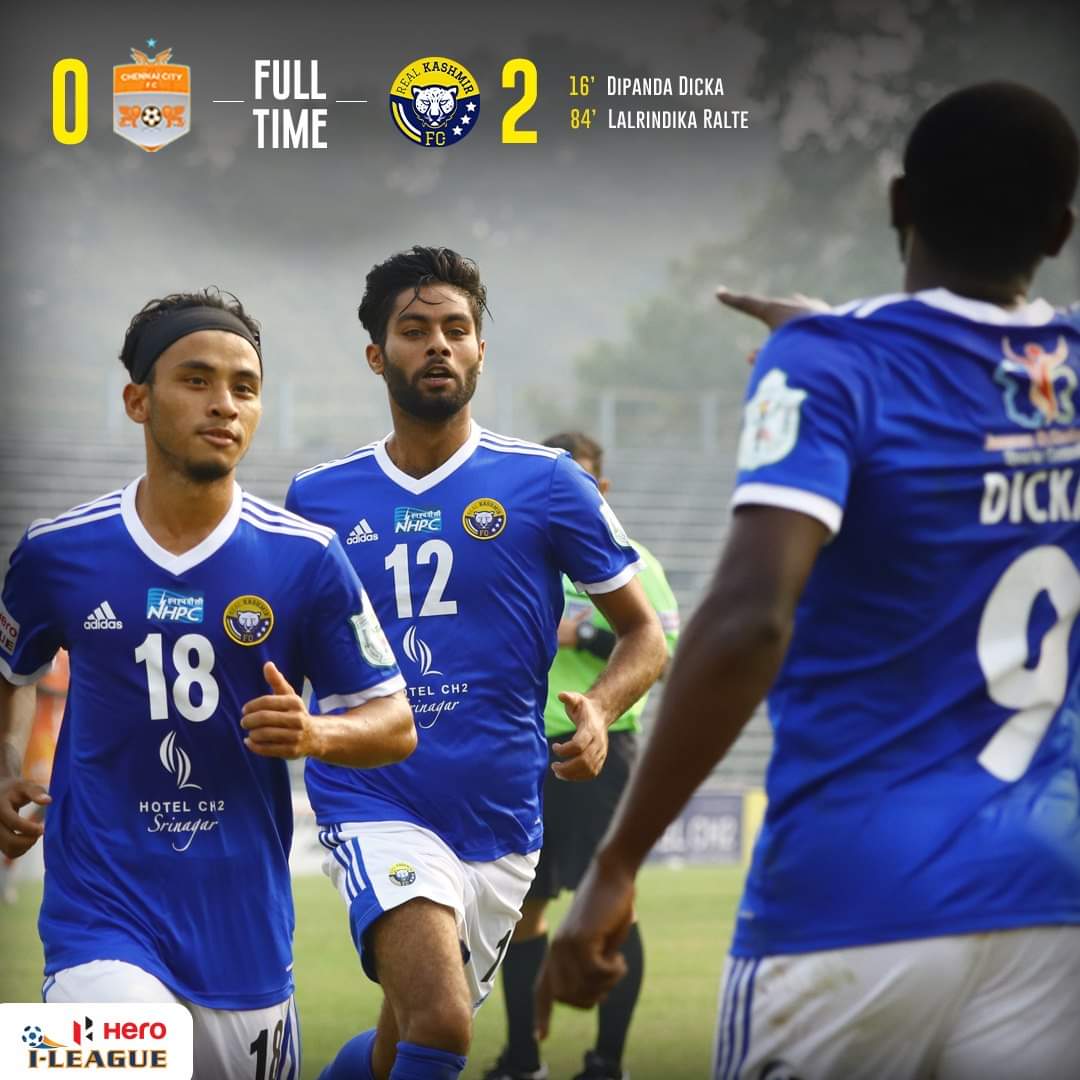 Srinagar, January 15: Continuing its dominance over former champions Chennai City FC Real Kashmir FC scored once in each half emerge winner by 2-0 in its second I-League match of the season at the Mohun Bagan ground on Friday.

Real Kashmir FC scored once in each half to secure a 2-0 win against the 2018-19 I-League champion.

Real Kashmir FC started confidently and took the lead in the 16th minute when Aser Dipanda Dicka found the target. The Cameroonian forward made the most of an assist from strike partner Lukman Adefemi, who did the hard work in the Chennai City box before setting up the former with the opportunity. Dicka was instrumental in setting up the second goal in the 83rd minute as he played in a nice cross for substitute Lalrindika Ralte, who put the ball in the net.