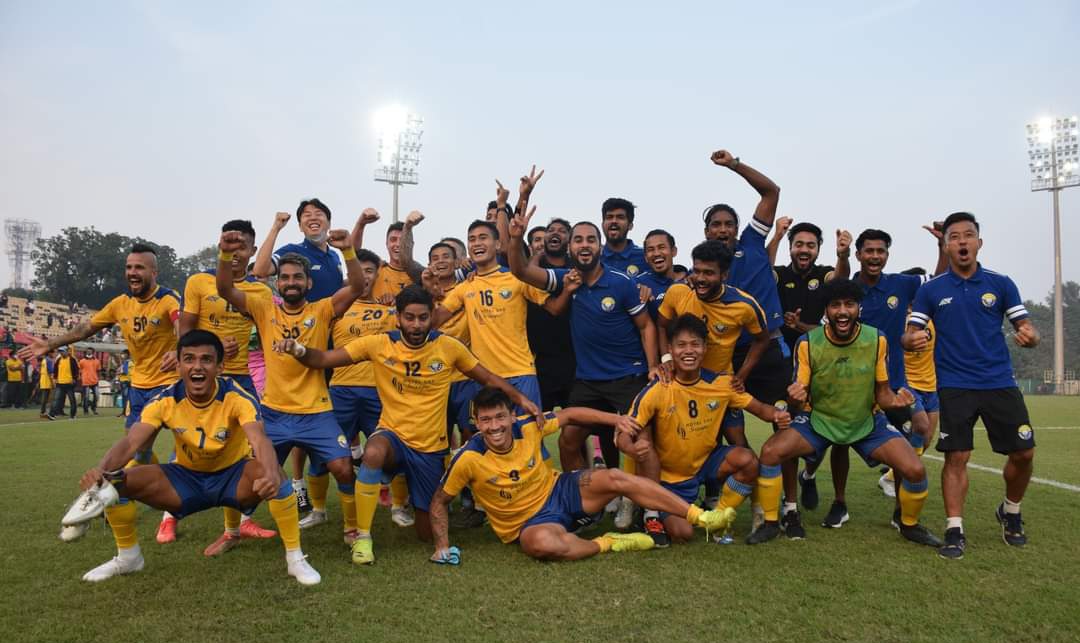 Srinagar, Febuary 15: The last minute abrupt withdrawal by two Kashmir star footballers before departure for I-League campaign has surprised Real Kashmir FC and left it without any help.

Just before departing for Kolkata to start its preperation for I-League, the schedule of which was recently announced, the two main Kashmir star footballers withdrew from Real Kashmir FC. The sudden departure of Farhan Ganie and Shahnanwaz Bashir at last moment and without prior signal has left Real Kashmir FC in total disbelief as the club was left with no option to add replacement.

The I-League 2021-22 had stopped for at least six weeks due to COVID in January and now recently the organisers announced the revised schedule.

During all this period Real Kashmir FC was in Srinagar and when the new fixture was announced team decided to move to Kolkatta. The league would kick start on March 3 while as Real Kashmir would be playing its first match on March 4.

“We had booked tickets of all the team members including these two. When everything was in place , the duo said they cant join team and withdrew. It was total shock and surprise as during six weeks when team all this time was in Srinagar , they said nothing like this,” said Club official.

“It is total non professionalism shown by these two players. If they would have made us aware about it earlier we would have made alternate arrangement. They have now created huge problem for us. Even their air tickets have gone waste, which were already booked,” official said.

The club official said that due to Covid protocols , it would be difficult for them to include any other players into the squad as the league would be played under bubble.

“Before the start of our IFA Shield campaign some people created issue in Kashmir that Real Kashmir FC doesn’t have too many local players. Now we want to ask those , what will this be called when our own local stars leave at last moment. They didn’t even gave us chance and option to include any other local players,” official said.

“If they would have informed us well in time , at least one week before, we would have got some other local players to join the squad,” official added.

Meanwhile sources said that , Shahnawaz due to family commitments had to make last minute decision. For the Farhan , who is contractual employee of J&K Bank football team, it is the Bank Team management who has forced the footballer to take this drastic step.

“Some elements in J&K Bank football team for the personal benifits have always used its players. From time to time, they use players for their personal political benifits. Same has been done with Farhan who has been told that if he goes with Real Kashmir FC, he may lose his job at the Bank,” said a source.

“The irony is that from last eight months , J&K Bank contractual players are without Contract and Salary. The situation is such that , there is total uncertainty whether these players would be continued in the team or not. And this situation was created by those same persons who are currently running affairs of the team as they were the main persons behind introducing contract system in Bank team,” source added.