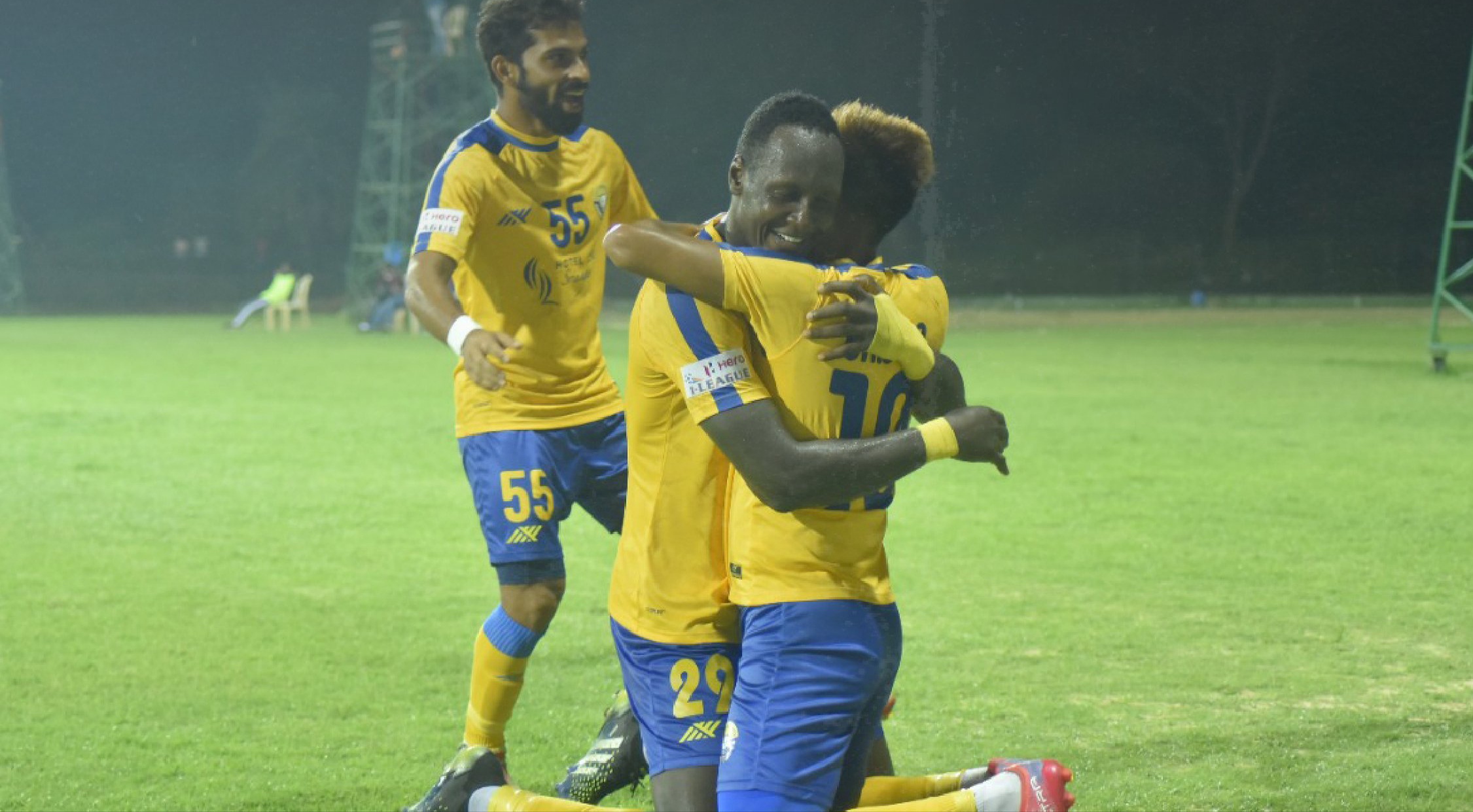 Kolkata, March 26: A strategic masterclass from coach David Robertson gave Real Kashmir FC a comfortable 2-0 victory over RoundGlass Punjab FC (RG Punjab) in the Hero I-League 2021-22 on Friday. Hero of the match Mason Robertson set his side underway with a headed goal in the first half, while Surchandra Chandam Singh added to the score sheet to give Real Kashmir their first league victory this season.

RoundGlass Punjab made a bright start to proceedings, and were the first side to put the ball in the net when Travis Major capitalised on a defensive lapse in the 7th minute. However, the goal was ruled out for offside.

Real Kashmir then scored the go ahead goal in the 8th minute, and this time it counted on the score sheet. A looping cross from the left flank by Sena Ralte seemed fairly harmless at first, but Real Kashmir skipper Mason Robertson made the most of his physical presence in the box to unsettle the RoundGlass Punjab goalkeeper and head the ball into the back of the net at the far post. RG Punjab keeper Mawia Ralte came to collect the ball, but his charge appeared unconvincing as he got nowhere near the ball.

The goal gave Real Kashmir a lead to hang on to, as their gameplan became clearer in subsequent minutes of the first half. Real Kashmir employed a low possession, counter-attacking strategy that worked to great effect over the course of the 90 minutes.

RG Punjab’s first look at goal came from a free kick situation as Joseba Beitia was fouled right outside the edge of the box in the 28th minute. Kurtis Guthrie stepped up to take the free kick, and his deflected effort off the wall presented Bilal Khan with an awkward save to make, who adjusted just in time to keep his clean sheet intact.

RG Punjab had a heart-in-the-mouth moment in added time of the first half as a lack of clear communication set Mason Robertson on his way to grab a brace. Ralte did just about enough to apply some pressure on Robertson’s finish, who failed to make it 2-0 for Real Kashmir at the half time break.

The introduction of Kean Lewis in the second half gave RG Punjab some impetus, as Lewis’ dynamic play from midfield birthed a number of half chances for his side.

However, the next goal was to come the way of Real Kashmir, thanks to a sublime piece of play by substitute Surchandra Chandam Singh in the 50th minute. Singh latched onto a through pass a fair way away from goal, and then shrugged off Aakash Sangwan’s challenge to outpace the defender and slot in a measured finish into the bottom corner upon being eyeball to eyeball with the goalkeeper. Real Kashmir relied on the pace of their forward players to run the counter attack, and Singh provided it in abundance to give his side a two goal lead.

A solid defensive display from a determined Real Kashmir side posed a difficult challenge for RG Punjab for the remainder of the game as they struggled to find an inch of space in the opposition penalty area. When a chance was created in the 74th minute as a result of intricate play down the half space on the left flank, RG Punjab frontman Kurtis Guthrie uncharacteristically missed a free header to pull one goal back for his side. With 6 goals to his name already this season, Guthrie was the favourite to bury this chance, but it appeared to be one of those difficult days in the office for RoundGlass Punjab.

The 2 – 0 scoreline ensured Real Kashmir’s first win of the Hero I-League season, while RG Punjab are now winless in two games after a fast start to their Hero I-League campaign.