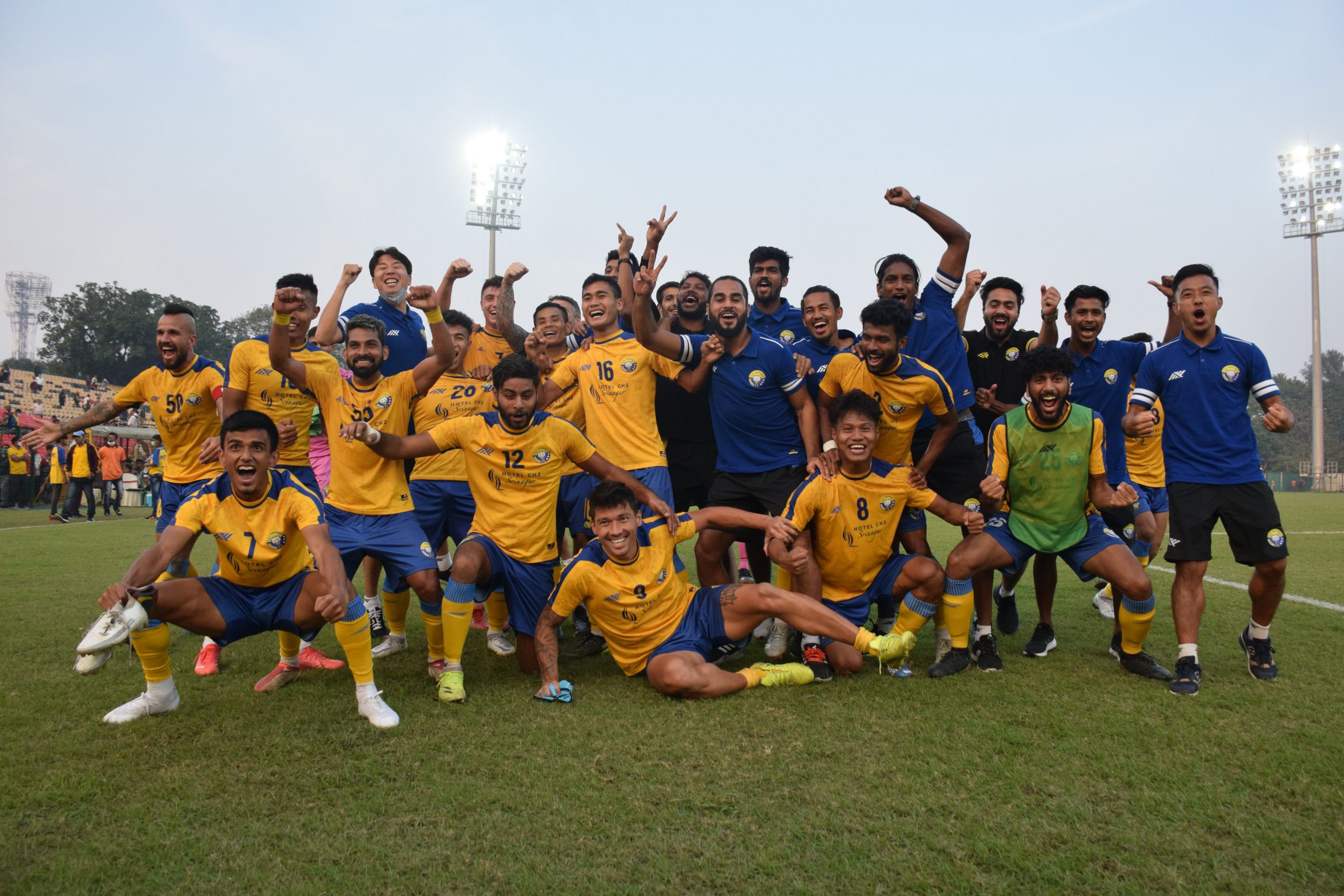 Kolkata, March 15: The opening day of Hero I-League 2021-22 Gameweek 5 will be wrapped up with a clash between hit and miss team of the season so far in Real Kashmir FC and Neroca FC. Neroca FC is arriving in the match with a comfortable win over TRAU, while Real Kashmir had to settle for a point against Sreenidi Deccan FC. The Kalyani Municipal Stadium will host the match at 7.30 PM IST on Tuesday, March 15, 2022.

Real Kashmir head coach David Robertson wants to keep going in the next games as he said, “Our performance was really good. I think neither team deserved to lose. As a team, we were disappointed but it’s football. We are not looking too far ahead. We want to go match by match and keep collecting points.”

Experienced midfielder Pradesh Shirodkar accompanied the coach in the pre-match press conference. “We worked hard in the last match and played well. Unfortunately, we didn’t get the result we wanted. Neroca FC is a good team and we have to play well and be positive to get all three points,” he added.

“Neroca FC is a difficult team. As I told you before, any team can defeat the other on any given day. Neroca FC is performing well. We will look to execute our plans to get a positive result. I believe in my players. They have been fantastic in the last few matches on and off the field,” coach David Robertson concluded.

On the other hand, Neroca FC had a break in the last round of fixtures and head coach Khogen Singh is confident this will benefit his team a lot. “We had a four to five days gap. So, we had a few tactical training sessions. The boys are fresh and want to win all 3 points.”

The forward who started the campaign with on fire, Sergio Mendigutxia has his sights set on another 3 points in the next game for his team. “I am very happy at the club and would like to continue. Our boys will fight to get all three points. I am very comfortable here and want to keep working,” Sergio added.

On the opponents, Coach Khogen Singh addressed, “They are a good team who play long balls over the top of the defence. We have to make sure that we win the second ball. Players need to press accordingly to find spaces. We have to be clinical to get all three points.”