“I suggest former cricketers associated with JKCA to be transparent & fair in selections”: Samiullah Beigh 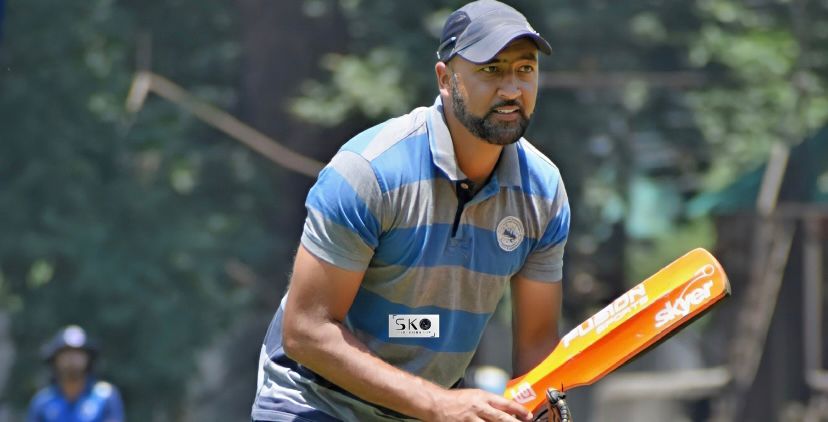 Beigh said he tried his bit to mark an end to quota system in JKCA during his tenure.

“Although I am no more associated with JKCA, but I would suggest former cricketers associated with the association to be transparent and fair in selections. As a senior player and also as a captain, I did my bit to put an end to the Quota system as well as Jammu vs Kashmir divide in the J&K Ranji trophy team,” he wrote on his official Facebook handle.

“After a famous incident, I resigned from captaincy of J&K and put my blooming career at stake in 2011-12, when I saw few senior players from Jammu as well as Kashmir were being unfairly treated by a coach as legendry as Bishen S.Bedi sir. I left the team, came back home, many players followed me and then JKCA had to replace the world famous coach, eventually.,” he added.

Samiuallah said that while JKCA sub-committee has done well by appointing former cricketers in CAC, selection panels, coaching, etc, they should be fair in whatever they do.

“Not only me, over the years many others have sacrificed alot for the unity and transparency of the senior J&K team which is the reason, we produced outstanding results in Ranji trophy then,” he remarked.

“Now that Subcommittee incharge of JKCA has done the right thing by roping in former cricketers as CAC, Selectors and Coaches, high time these former cricketers set aside personal likes/ dislikes, any dictates from the top and ensure merit based selections,” Beigh wrote.

The former fast-bowler concluded by saying that all these former cricketers associated with JKCA currently would ultimately have to face the cricket fraternity and justify their decisions.

“All former Cricketers associated with JKCA must remember that ultimately they will have to sit with the cricketing fraternity and justify each and every decision taken during their tenure,” Beigh said.

KSW reported on Tuesday that JKCA has called 13 players from Kashmir and 25 from Jammu for Syed Mushtaq Ali Trophy camp, inviting a lot of criticism from all corners.