﻿ I will be available all the time for talented players, says Mithun Manhas - Kashmir Sports Watch
HomeLocal

I will be available all the time for talented players, says Mithun Manhas

Kashmir Sports Watch June 17, 2021 6:20 am
T20 World Cup: New Zealand to ‘play with smiles’ as they renew rivalry with India
If Mohammad Amir comes out of retirement, he will easily get selected for Pakistan WT20 squad, says Inzamam

Srinagar, June 17: Former cricketer and now one of the Comittee member in BCCI appointed committee for JKCA affairs Mithun Manhas said that he will be available round the clock for talented cricketers of J&K.

In a report published in Greater Kashmir Manhas has said that his priority would be to develop J&K Cricket infrastructure and facilities for players.

“It is not just a position but a big responsibility on my shoulders and other members to improve J&K cricket,” said Manhas was quoted by Greater Kashmir.

Manhas who is former Indian domestic cricket stalwart was on Tuesday appointed by BCCI as one of the member in three member Committee to look after affairs of JKCA. The other two members are Army veteran turned politician Brigadier Anil Gupta and another politician, Advocate Sunil Sethi.

Manhas has previously been J&K Cricket team captain and mento. He has mostly represented Delhi in domestic cricket. Manhas said that to develop infrastructure and improve facilities for J&K cricketers will be his priority.

” The Committee will be taking the charge of JKCA from Jammu and Srinagar District Development Commissioners . Currently assets of JKCA are under the control of these two officers as per High Court directions,” Manhas told Greater Kashmir.

“I am part of Committee because of being a cricketer and I will do everything in order to improve facilities for J&K cricketers for which they have been craving for. My formula is simple, once the facilities would be there, cricketers will come themselves and we will be able to produce more quality players,” Manhas said.

On his aim about J&K cricket after having earlier been its captain and mentor, Manhas said, “First aim is to improve infrastructure and facilities. Once that will be in place we will be able to produce top players. We have got talent and glimpses of that we are seeing every now and then. Need is to make winning a habit and perform on consistent basis,” he said. 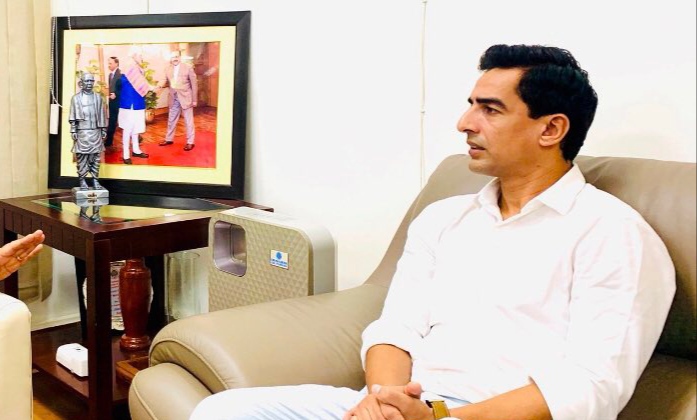