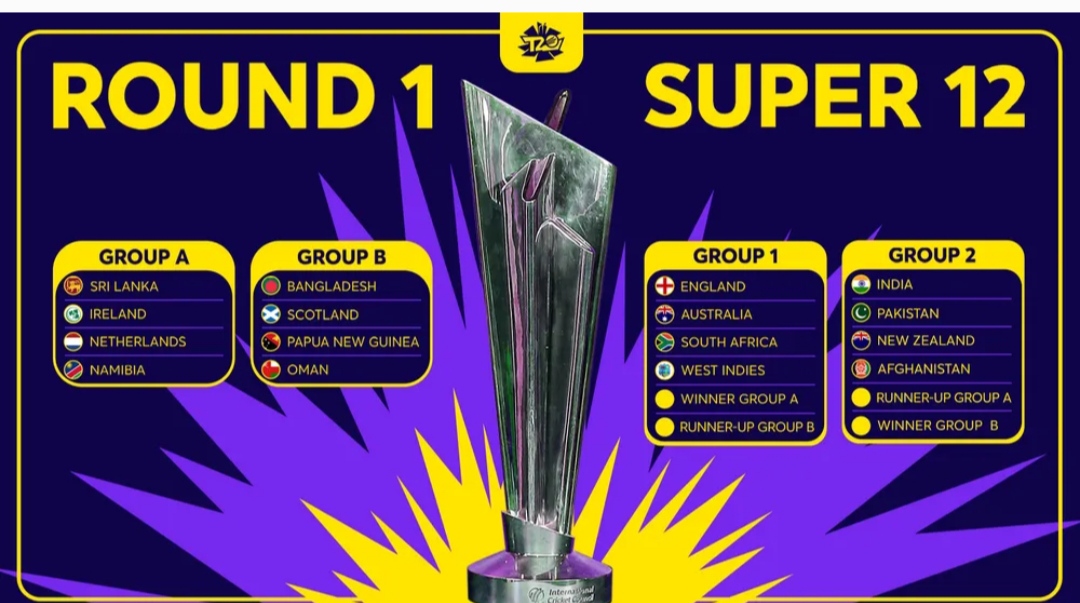 Dubai, 17 August: India will face Pakistan in their opening game of the ICC Men’s T20 World Cup 2021 at the Dubai International Stadium on 24 October as the International Cricket Council announced the full schedule of the seventh edition of the event.

Sri Lanka, champions in 2014, Bangladesh, Ireland, Namibia, Netherlands Oman, PNG and Scotland, feature in Round 1 of the 16-team tournament, being hosted by India in the United Arab Emirates (UAE) and Oman through to 14 November.

West Indies captain Kieron Pollard is promising exciting cricket, the type that helped them defeat England in a pulsating final at the Eden Gardens in 2016 with Carlos Brathwaite blasting four consecutive sixes in the last over to turn the tables on 2010 champions England.

West Indies captain Kieron Pollard said: “We are excited to begin defence of the ICC Men’s T20 World Cup title later this year. T20 cricket is dynamic and the international scene is highly competitive, with players constantly pushing the boundaries of innovation and we are expecting a spectacular event in the United Arab Emirates and Oman.

“We have a particularly interesting Super 12 group, which sees us come up against Australia, England and South Africa. We can’t wait to get started! West Indian cricketers have always played an exciting brand of cricket and I am sure our fans in the Caribbean and all over the world are highly anticipating seeing us in action.”

New Zealand captain Kane Williamson said: “After so much disruption to world sport due to the pandemic it feels like there’s a lot of excitement about this T20 World Cup.

“It’s always a highly competitive event with every team possessing match-winners who can turn games quickly.

“I think we’ve got a pretty well-balanced side with a good mix of exciting new talent and some experience.

“We saw in last year’s IPL in the UAE that surfaces can change over the course of a tournament and seam bowling as well as spin can work in the conditions.

“We’ve got a strong pool with India, Pakistan and Afghanistan so far. All teams are strong which make way for an exciting competition

“I know our guys are really looking forward to another world event and being able to represent New Zealand on the global stage in these challenging times.

“Tournament play is unique and hopefully we can adapt to what’s in front of us and try and gain some momentum.”

Pakistan captain Babar Azam said: “The ICC Men’s T20 World Cup 2021 schedule announcement brings us one step forward in our preparations for this much-awaited global tournament. We will utilise the build-up period by playing in home series against New Zealand and England and will not only aim to fine-tune our final outlook but also win as many matches as possible so that we can carry that winning form and momentum to the United Arab Emirates.

“For Pakistan, the ICC Men’s T20 World Cup 2021 is like a home event as the UAE has been our venue for more than a decade. We have not only nurtured our talent and developed our side in the UAE but have also beaten the top sides in these conditions to peak to number-one in the ICC T20I Team Rankings.

“All the players are excited, motivated and enthusiastic, and view this tournament as an opportunity to showcase our prowess and re-establish our superiority in the shortest format of the game in conditions that suit us best.

“From a personal point of view, this will be my first ICC Major Event as Pakistan captain. I tasted success in 2017 and suffered disappointment in 2019 when we missed out on a semi-final spot by a fraction of a point despite beating both the finalists in league matches. I remain focused in inspiring my side with my performances so that we can become the first Pakistan side to win an ICC Major Event in Asia.”

(Top two teams from each group advance to Super 12s)

Group 1: England, Australia, South Africa, West Indies, A1 and B2.
Group 2: India, Pakistan, New Zealand, Afghanistan, A2 and B1.

(Top two teams from each group advance to the semi-finals)

The seventh edition of the tournament comprises 16 teams and is being hosted by India in the United Arab Emirates and Oman
The tournament is being played at four venues – Dubai International Stadium, Oman Cricket Academy (Muscat), Sharjah Cricket Stadium and Zayed Cricket Stadium (Abu Dhabi)
Hosts India and nine other top teams in the ICC Men’s T20I Player Rankings as of 31 December 2018 got direct entries
The top eight were placed directly in the Super 12s and the next two – Sri Lanka and Bangladesh – joined six other teams coming through a Qualifier event in the group stage
Two teams each from the group stage, consisting of four teams each, will join the eight direct entrants to complete the Super 12s line-up.

If Sri Lanka and Bangladesh qualify from the first round, they will retain the seedings of A1 and B1 respectively for the Super 12s
The top two teams from each group of the Super 12s will make the knockouts, the matchups being – A1 v B2 and B2 v A1