The First match was played between FC views and Jehlum FC . Both the teams enthralled the audience by their spectacular moves. The first goal was scored by Dawood of Jehlum FC in 4th minute of the Ist half. FC views leveled the score immediately in 7th minute through Muneeb. Both the teams geared up and tried hard to take the lead but it was FC views who take lead in 23rd minute through Munneb. Jehlum Fc levelled the score in the 26th minute of the game through Arman. The first half ended with 2:2 goals draw.

In the 2nd half both the teams tried to dominate but could not find the net. The match ended with 2:2 goals draw.

The 2nd match was played between IFC, Kashmir and Old City FC.

In the closely contested encounter, IFC Kashmir prevailed upon Old City Fc by two goals to one. Right from the start of the match, the teams played aggressive Football. While forward lines of both the teams made attacks on each other’s goal post frequently in first 10 minutes of the play, the defence lines ensured that no damge was done. Hannan of Old City FC scored magnificent goal on free kick in 10th minute of the game. IFC Kashmir players tried their best to score an equalizer and they succeeded when ubaid of IFC Kashmir scored a goal in the 15th minute. In the 25th minute Ishafq doubled the lead for IFC Kashmir in 27th minute.the first half ended with 2:1 in favour of IFC Kashmir.

The 2nd half also witnessed intense clash between the forwards and defenders of the two teams. While forward line was busy in making attempts to score, the defense lines were equal to the task to thwart any scoring opportunity. In the dying moments, a penalty kick was awarded in favour of IFC Kashmir. Ishfaq Ali without any mistake converted it into a goal and giving a crucial lead to his team.the match ende with 3:1 in favour of IFC Kashmir. 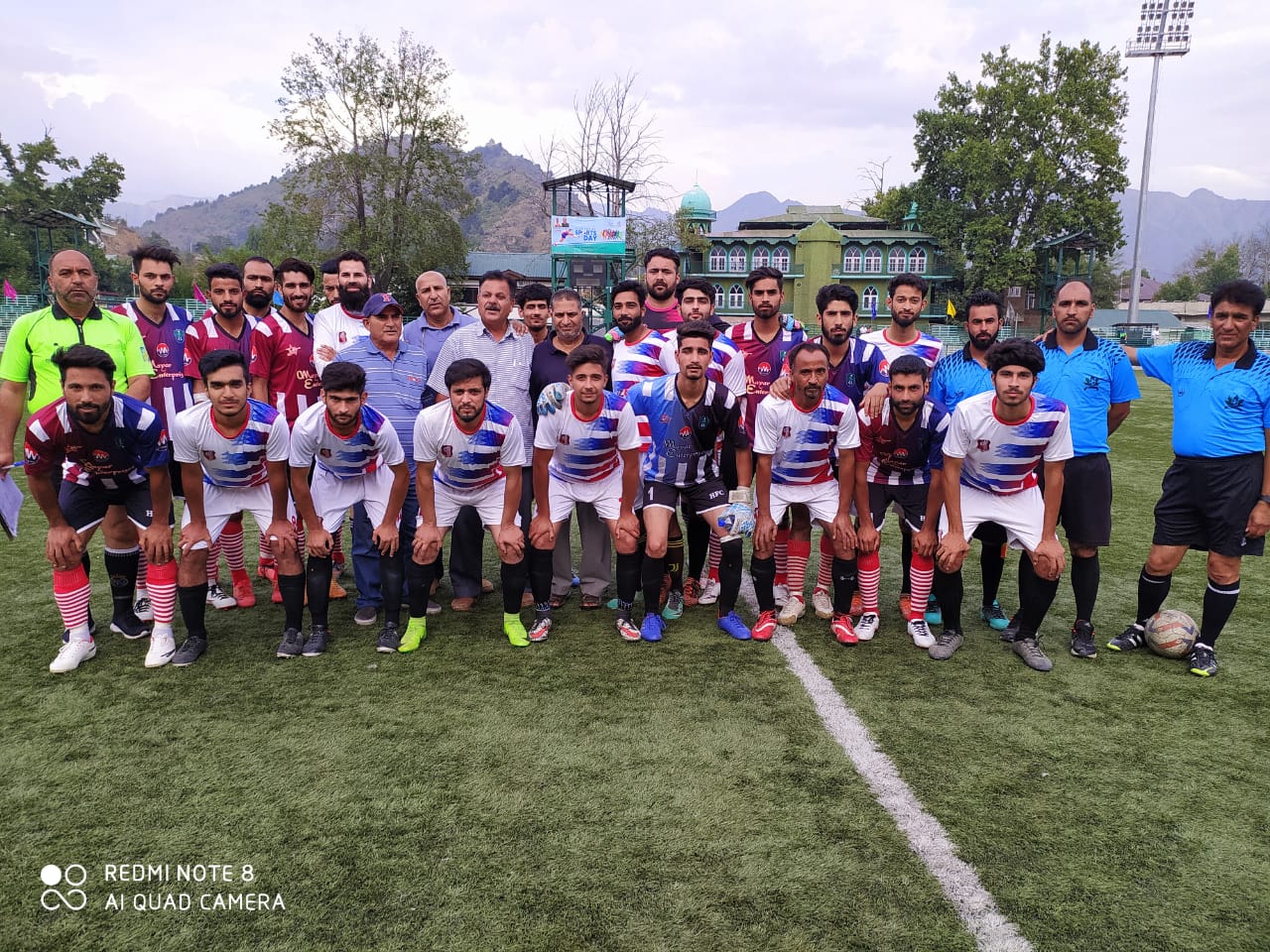