I’m her mate not her master: Irfan Pathan reacts on blurred face of wife Safa Baig

Srinagar, May 26: After getting lot trolls on internet for blurred face wife Safa Baig in one of the post, former India cricketer Irfan Pathan has hit back and said he is mate of his wife and not master .

The photograph in question in here was originally shared on his son’s Instagram account, in which the face of his wife was blurred.

Fans were quick to troll Pathan for not letting her reveal her face.

To that Pathan came out on his Twitter and clarified what was the reality .

“This picture is posted by my queen from my son’s account. We are getting lot of hate. Let me post this here as well. She blurred this pic by her choice. And Yes, I’m her mate not her master,” Irfan Tweeted.

The pathan brothers, Irfan and Yousuf Pathan have been active in their efforts of helping during ongoing COVID 19 pandemic.

Irfan had also tested positive for Covid after the conclusion of the Road Safety World Series which held in Raipur.

Irfan had represented India in 29 Tests, 120 ODIs and 24 T20Is, picking up 301 international wickets. He also had a Test hundred to his credit which he scored against Pakistan in 2007, in Bengaluru. 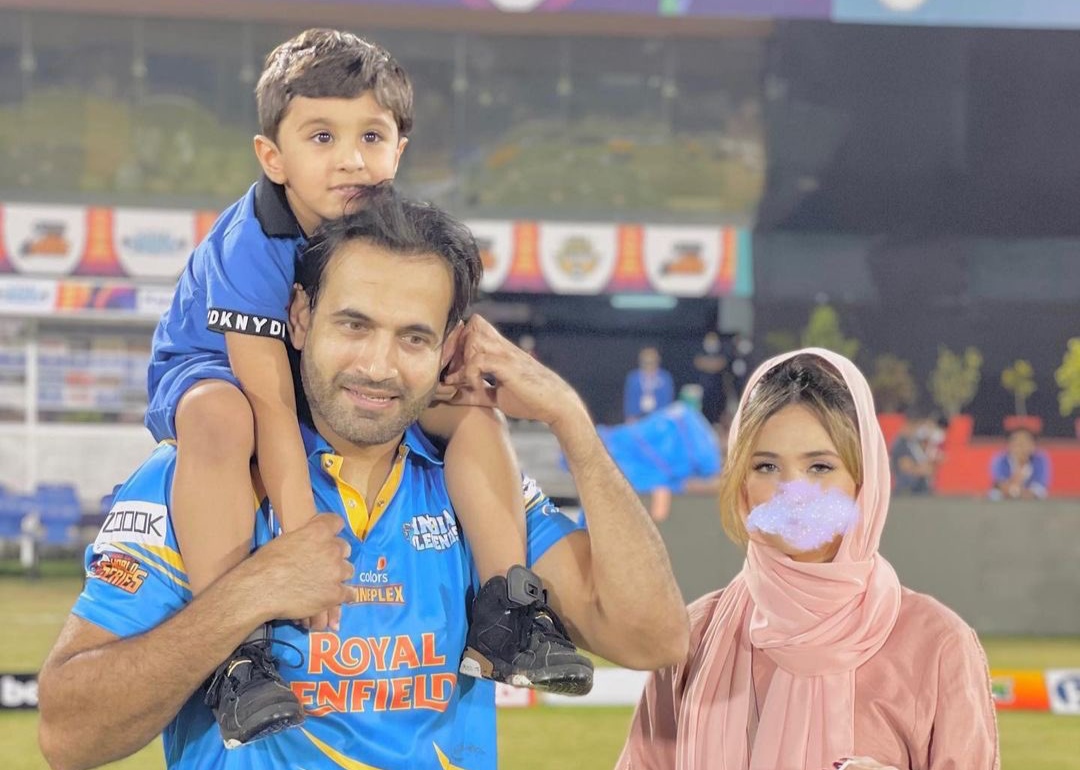