In Charar-I-Sharief locals develop turf wicket on thier own

Srinagar, June 8: With both J&K Cricket Association (JKCA) and Adminstration paying no attention towards this issue, locals of Charar-I-Sharief took matter in thier own hands to develop a turf wicket in the area.

The locals of the Charar area joined together to lay turf wicket at Sheikh ul Aalam Sports Stadium Charar-I-Sharief in Budgam District.

As per locals of the area the wicket has cost them around Rs 80,000 and it took two months to be developed .

” This turf is made by locals of Charar-I-Sharief. The money and time was spent by locals Baba Basharat ,Dar Ishfaq and Bhat Morifat,” said a local.

” It cost around Rs 80000 and took around 2 months to complete the development of the turf,” locals said.

They said that it is the only turf wicket in entire area and to some extent in entire district .

“Without turf wicket it is not possible to develop quality cricketers . Matting wicket doesn’t test players and when they go on to play on turf wicket they find it difficult to sustain. After finding that no one is coming forward , locals of this area decided to act on thier own,” said a known player of the area.

“It is good thing to happen and it will help youngsters to develop thier skills ,” he added. 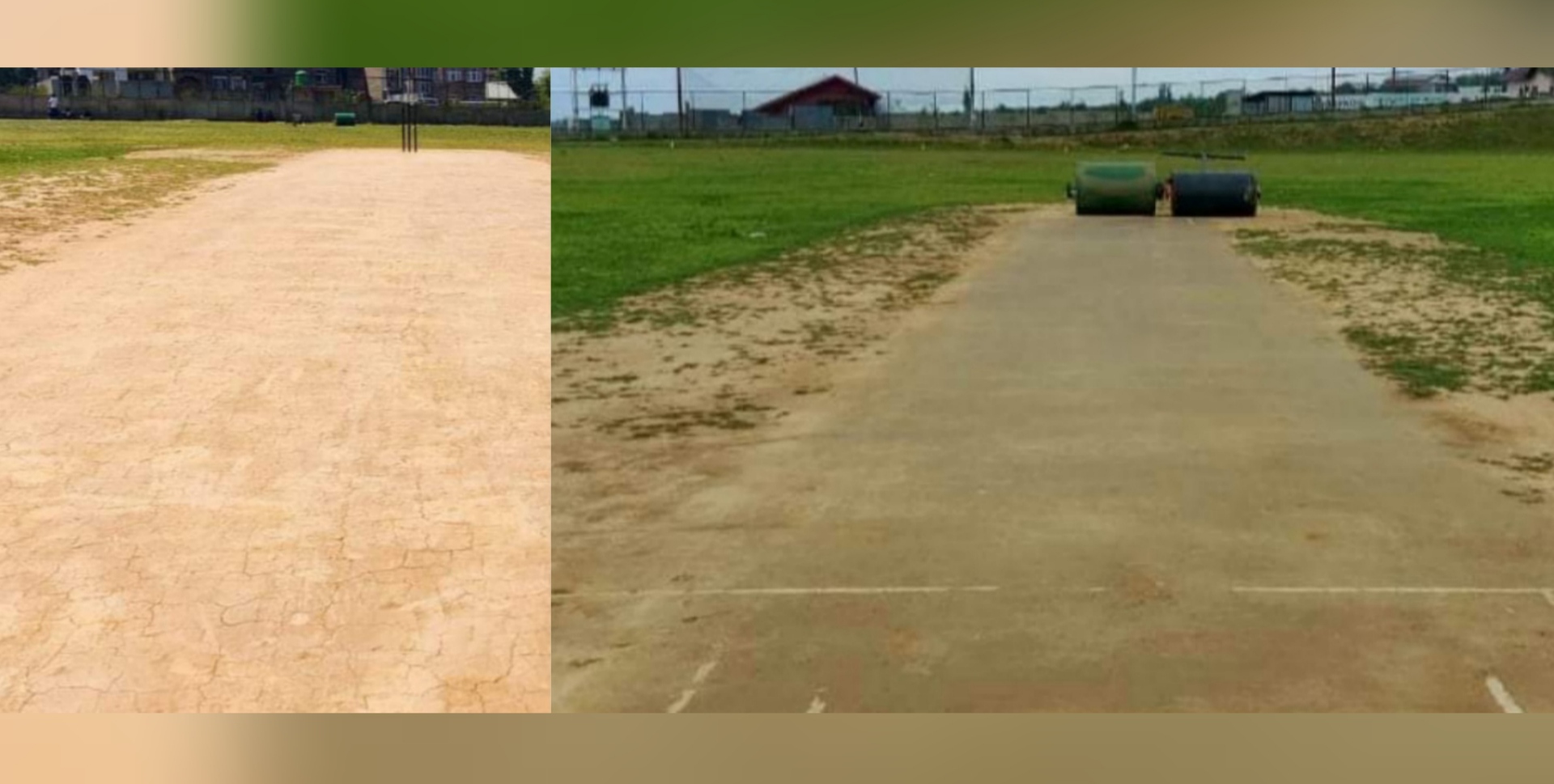