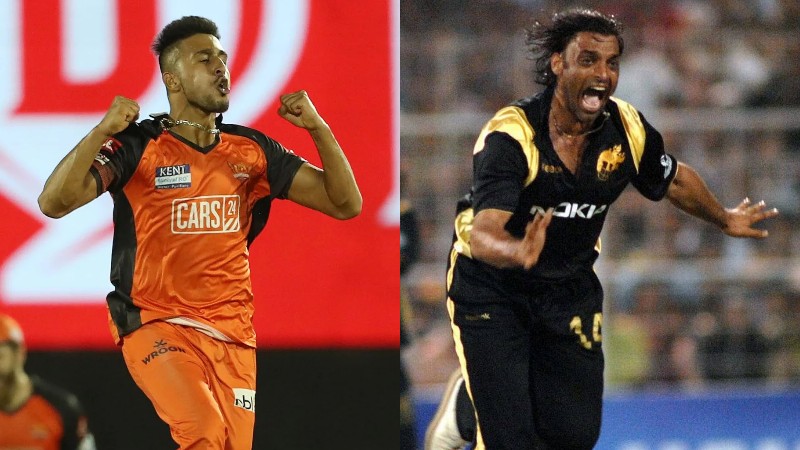 Srinagar, May 14: Former Pakistan cricketer Kamran Akmal has compared rising pace sensation of J&K Umran Malik with former Pakistan speedster Shoaib Akhtar and has said they he would have played International cricket in Pakistan.

Umran Malik who plays for Sunrisers Hyderabad in Indian Premier League (IPL) 2022 has caught everyones attention due to his sheer pace.

Kamran Akmal while hailing Umran Malik said that he would have easily made his maiden appearance in International cricket by now had he been from Pakistan.

Kamran, who did play in the IPL back in 2008 for Rajasthan Royals, feels that despite Umran going for big runs, he is a strike bowler and also hailed Indian cricket for the revolution they have brought to pace bowling in their squad.

“If he was in Pakistan, maybe he would have played international cricket. His economy is high, but he is a strike bowler since he is getting wickets,” Akmal was quoted as saying to Paktv.tv.

“After every match, his speed chart comes where he clocks around 155 km/h and it’s not going down. It’s a good competition in the Indian team. Earlier, Indian cricket lacked quality fast bowlers, but now they have a plethora of pacers like Navdeep Saini, (Mohammed) Siraj, (Mohammed) Shami and (Jasprit) Bumrah,” Akmal said.

“Even Umesh Yadav is bowling beautifully. With 10-12 pacers in the ranks, it’s becoming tough for Indian selectors to make selections,” he stated.

In 11 games this season, Umran has picked 15 wickets which include five-wicket haul against Gujarat Titans.

Akmal hailed India for giving Umran the opportunity to play an entire IPL season before comparing him to the likes of legendary pacers on Shoaib Akhtar and Brett Lee.

“Last season he played only one or two games. If he was in Pakistan, he would surely have played for us. But Indian cricket showed a lot of maturity by giving Malik a chance to play in an entire IPL season. Brett Lee and Shoaib (Akhtar) bhai were also expensive, but they picked up wickets and that’s how strike bowlers should be,” Akmal added.