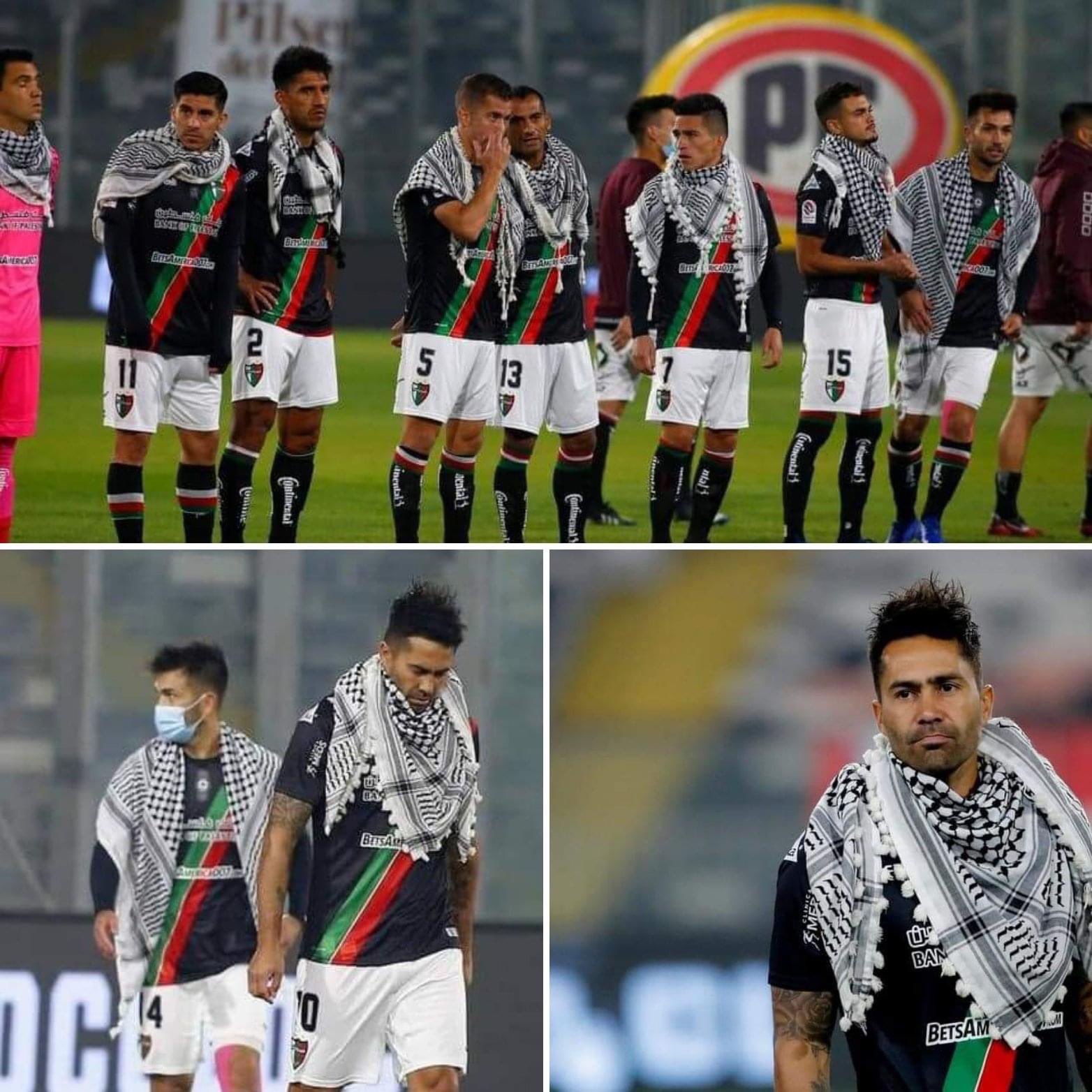 Srinagar, May 10: In a solidarity with thier breathen back home in Palestine , the Chilean football club players word Palestinian headdress Keffiyehs while coming out to play.

Football players of the Chilean Club Deportivo Palestino , while coming to play thier Primera Division match against 32 time champions Colo-Colo came out wearing Keffiyehs in solidarity with their Palestinian brothers & sisters.

In the match CD Palestino came out as winners by 2-1 goals.

CD Palestino is a Chilean soccer club that was founded by Palestinian immigrants. They’ve never shied away from showing solidarity with Palestinians.

There is has been void spread violence in Palestine from last couple of days with Israel Forces resorting to brute force.

On Sunday , Club Palestino wore the traditional Palestinian headdress, keffiyeh, and a t-shirt written on it ” O Palestine, Here I’m for you”, to show solidarity with Palestinians .