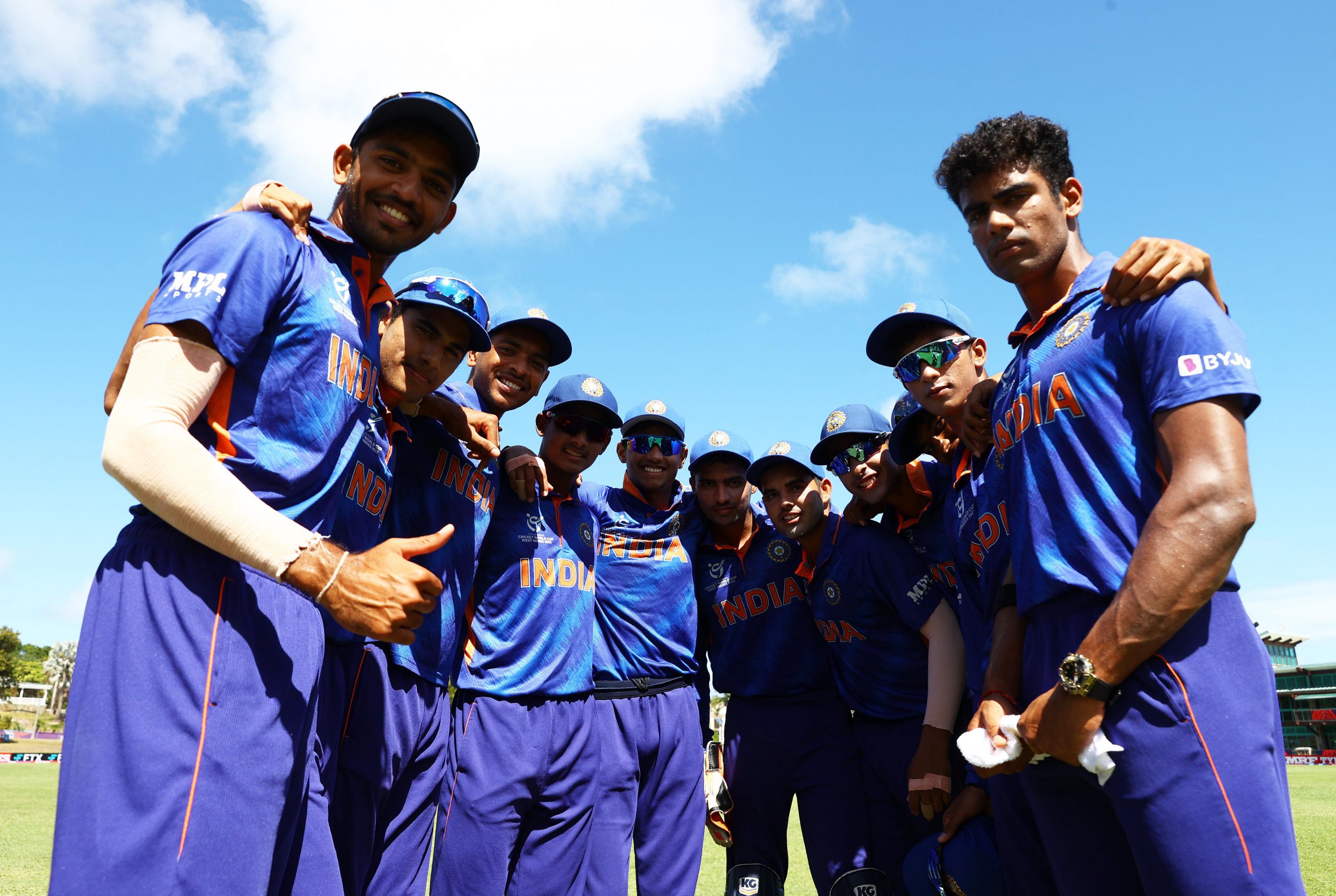 Dubai, Febuary 3: India advanced to their eighth ICC Under 19 Men’s Cricket World Cup final with a comprehensive 96-run defeat of Australia and will face England in the showpiece.

Shaik Rasheed and Yash Dhull put on the second biggest partnership of the tournament, adding 204 runs for the third wicket after a shaky start for the Men in Blue.

Australia never got going in their reply to 290 as leading wicket-taker Vicky Ostwal took three for 42 with Australia eventually bowled out for 194.

They will now face Afghanistan in the 3rd/4th place play-off on Friday before the grand finale between England and India on Saturday.

India got off to a slow start having won the toss and chosen to bat, openers Angkrish Raghuvanshi and Harnoor Singh added just 16 runs in 7.4 overs before the former was dismissed by a pearler from William Salzmann.

The right-arm seamer deceived Raghuvanshi with a length ball, the right-hander playing a shot but instead saw the ball uproot his off stump.

Singh would follow having made 16 from 28 before Shaik Rasheed and captain Yash Dhull put on a strong third-wicket stand, reaching their fifty partnership off 78 balls, one delivery into the second half of the innings.

Dhull then proceeded to find the boundary with increasing regularity taking advantage of wayward bowling by Salzmann.

The skipper was joined on a half-century by Rasheed as India passed 150 with just two wickets gone, the pair then passed 140 runs between them and as they did Australia missed a golden chance to end the partnership.

Salzmann found the ball in his hand with the chance to secure a near-certain run-out, the pressure told as the ball ballooned on its way to the stumps and India survived.

Dhull then brought up his first century for India, coming off 106 balls, with the 200-partnership following soon after.

Australia would then secure their run out, as Dhull was forced to go for a run-a-ball 110 before Rasheed was out the very next ball falling six runs short of his own hundred.

It did not get much better for Australia, however, as the final over went for 27 runs to see India post an imposing 290 for five.

The dangerous Teague Wyllie was out leg before wicket for just one run in the second over to hamper Australia’s chances further as they emerged from the powerplay only three runs ahead of India, who had yet to get going at that point.

Corey Miller would fall in the same way as Wyllie but not before putting on 38 from 46 balls to move Australia to 71 for two in the 17th over.

Vicky Ostwal would then add to his tally as India’s leading wicket-taker in the tournament (now 12), dismissing opener Campbell Kellaway for 30 as he sent a drive straight to Nishant Sindhu.

It was now up to Australian captain Cooper Connolly to match his opposite number but could add only three runs as he top-edged a looping catch to Rasheed.

Instead, Lachlan Shaw was the man to try and steer Australia to an increasingly improbable run chase, but he could not find a partner as the next three batters fell cheaply to leave Australia on 125 for seven.

Australia’s first six came sooner than their opponents, in the 37th over to India’s 44th, but the very next ball broke their eighth-wicket partnership which had added 42 runs.

Tailender Tom Whitney put up some resistance including crashing back-to-back sixes but was run out to signal the end of his side’s challenge for the title.

India’s victory means the two undefeated sides will face off as they take on England at the Sir Vivian Richards Cricket Ground, Antigua and Barbuda on 5 February.