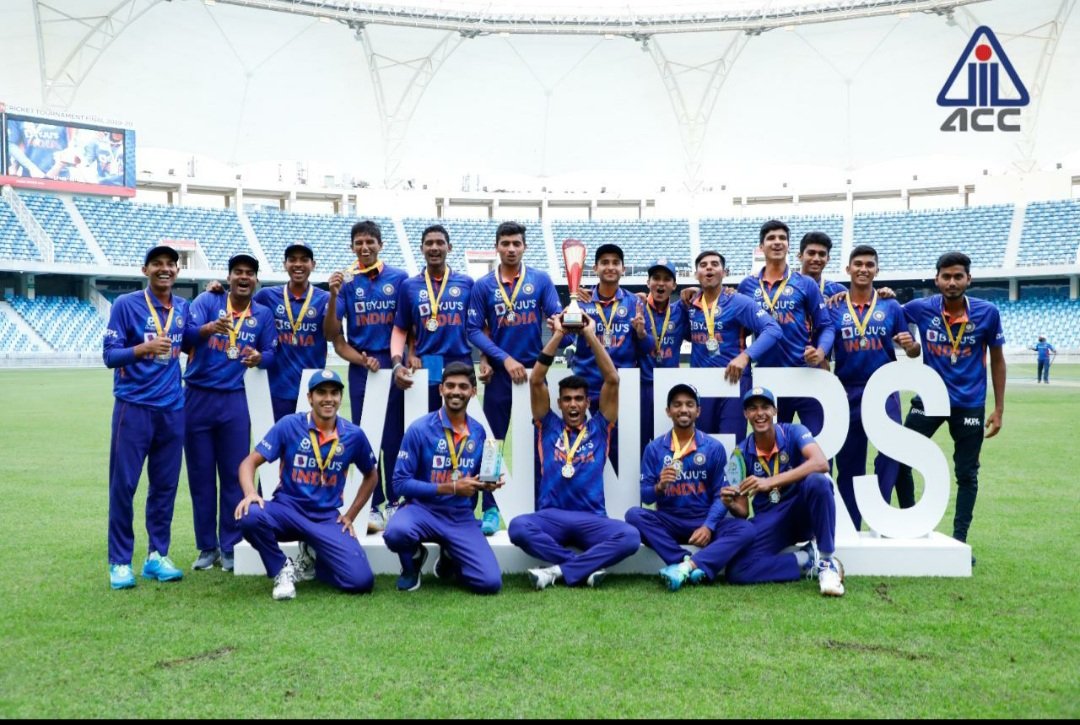 Srinagar, December 31: India defeated Sri Lanka by nine wickets in the final of the Under-19 Asia Cup in Dubai on Friday.

India’s target was revised to 102 from 99 in the middle of the chase. Sri Lanka had scored 106/9 and India were given the target of 99 runs due to the DLS method.

Earlier, opting to bat first, Sri Lanka got off to the worst possible start as the side lost two wickets at 15 runs in the 11th over.

It was a slow start as Sri Lanka’s top order struggled to reach the double-digit mark scoring just 37 in the 20 overs.

With wickets falling at regular intervals, Sri Lanka were soon found reeling 57/7. The match was halted due to rain when Sri Lanka were on 74/7 from 32.5 overs.

The match was reduced to 38 overs per side and Sri Lanka scored 106/9 in the allotted overs.